30 arrested in Dhaka for selling and consuming drugs 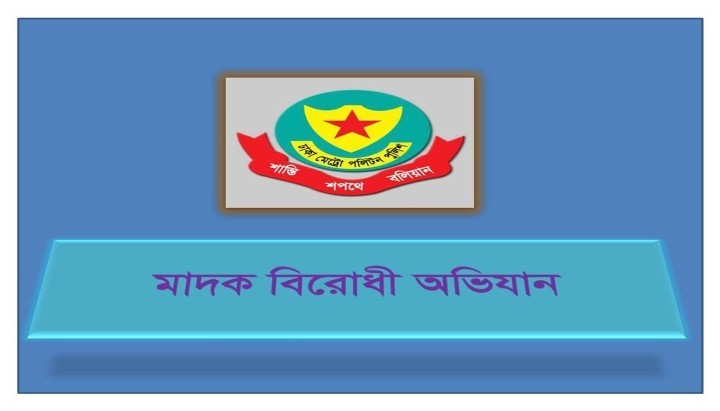 The Dhaka Metropolitan Police's (DMP) Crime and Intelligence Division has arrested 30 people on charges of selling and consuming drugs.

From 6 am on Monday (January 24) to 6 am on Tuesday (January 25), raids were carried out in different parts of the capital to arrest and seize drugs.

The police official also said that 26 cases have been filed against the arrested persons under the Narcotics Control Act. 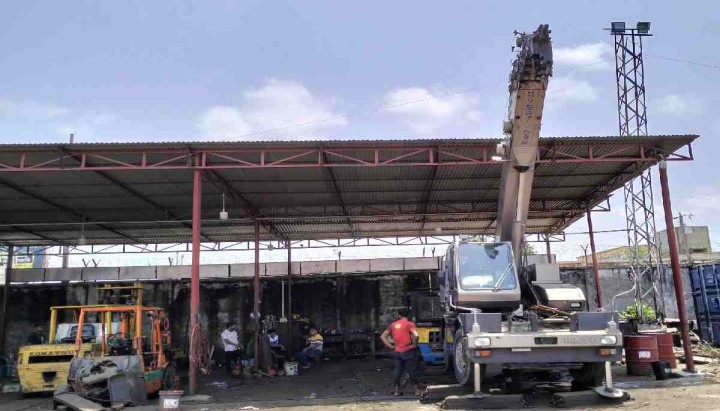 The decision to withdraw the strike scheduled to begin from Tuesday was taken after assurance from the port authorities to fulfill the demands at a joint meeting, said Azim Uddin Gazi, general secretary of Benapole Transport Agency Owners Association.

“If the demands are not met within June 16, the association will announce stricter programmer in this regard,” he said.

Earlier, Nayan, a representative of the owners, said that almost all the cranes and forklifts at the port have become obsolete. As a result, they have to pay extra money to rent trucks every day which is causing huge losses, Nayan added.

'Bangabandhu's daughter Sheikh Hasina is a blessing for Bangladesh' 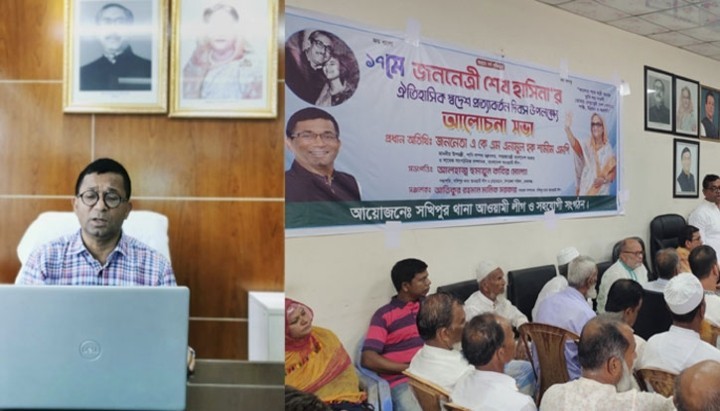 Deputy Minister for Water Resources AKM Enamul Haque Shamim MP has said that Bangabandhu's daughter Sheikh Hasina is a blessing for Bangladesh. He said that the birth of Father of the Nation Bangabandhu Sheikh Mujibur Rahman gave birth to a nation called Bangladesh on the world map. Democracy would not have been established in the country if Sheikh Hasina, the great architect of Bangladesh, had not inherited the blood and ideals of Bangabandhu.

He was speaking as the chief guest at a discussion meeting on the occasion of Prime Minister Sheikh Hasina's Homecoming Day organized by Thana Awami League and allied organizations at Sakhipur in Shariatpur on Tuesday (May 17) morning.

Enamul Haque Shamim said that after the assassination of Father of the Nation Bangabandhu Sheikh Mujibur Rahman on 15 August 1975, the defeated forces started taking the country in the opposite direction. They thought that no one else could talk about Bangabandhu in this country. No one will raise the flag of his political party and ideology. On this day in 1981, as a Chhatra League activist, I also had the privilege of attending the Kurmitola Airport in Dhaka with millions of people in Bangladesh. The area from Kurmitola International Airport to Sher-e-Bangla Nagar became so crowded. After returning to the country, she struggled for a long time and formed the Awami League and allied organizations. The dream of the people of Bangladesh revolves around Bangabandhu's daughter Sheikh Hasina. And for 41 years she has been working tirelessly to fulfill the dreams of the people of this country.

Bangladesh is the role model of the world today because of her. As Sheikh Hasina is in power, big projects including Padma Bridge, Rooppur Nuclear Power Plant, Bangabandhu Satellite, Bangabandhu Tunnel, Metro Rail, Deep Seaport are being implemented with our own funds. 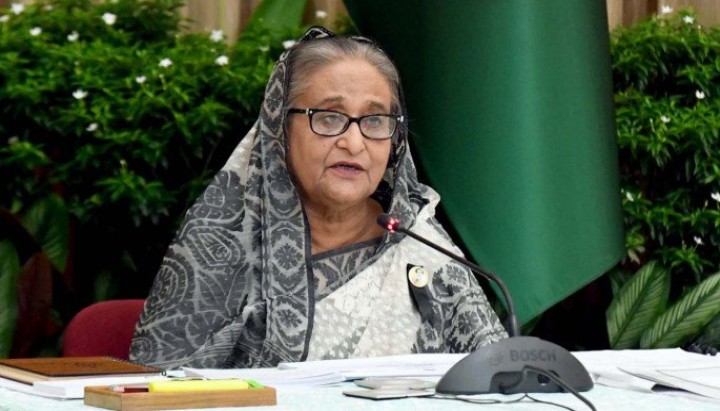 Prime Minister Sheikh Hasina on Tuesday said that had Awami League not been in power now there would have been fighting on the street for the essential commodities.

“Since the Awami League government is in power it has been possible to control (prices of essentials) to some extent,” she said adding, “If anyone else was in power there would have been fighting on the street.”

She said this while delivering her introductory speech at the National Economic Council (NEC) held to the approve annual development programme (ADP) for FY 2022-23.

The meeting was held at NEC auditorium while the premier joined virtually from her official residence Ganobhaban.

Talking about the recent price hike of essentials, she said that COVID-19 pandemic and Russia-Ukraine war have put pressure on global economy.

She mentioned that there are some countries in Europe where prices of essentials have been hiked from 17 per cent to 50 per cent.

Hasina said scarcity of edible oil is going on in countries like Germany and the UK, where restrictions have been imposed on buying edible oil more than one littre at a time.

The inflation, she said, has hit the US at more than 8 per cent and it will reach to ten per cent.

She mentioned that the whole world is suffering from this.

“The impact of these will be visible also on us. The prices of imported items have been increased. Cost of transportation (vessel rent) has been increased, production decreased where the war is going on.”

She again urged the people to maintain austerity and control in using everything.

“If they do that they might not face any problem,” she observed. She added that “The prices of essentials (at home) have increased due to the international factors and this has to be conveyed to the people.”

She said that her government is trying to increase the production using the country’s fertile land to meet the domestic demands.

“For that purpose I called upon all not to leave a single inch of land without cultivation. We will produce our own food for us and help others. We have to motive people that way,” she said. - UNB 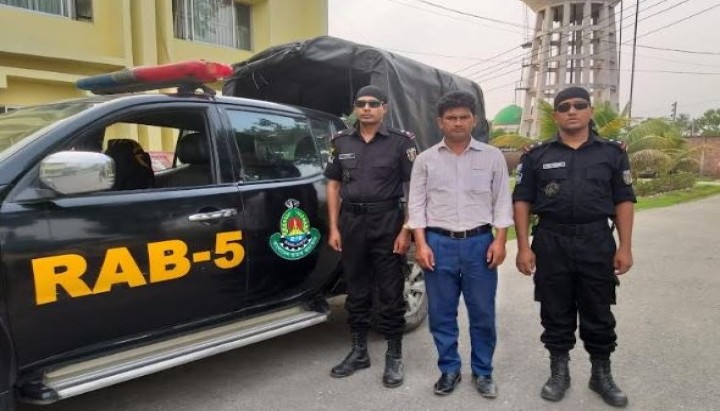 The arrested person was identified as Rafiqul Islam, 28, son of Badsha Mian, a resident of Chhotodhadas in Belpukur Police Station in the district, said RAB sources here this morning.

On a tip-off, a team of the elite force conducted a drive in Sagarpara village under Bagha Upazila around 11.50 pm and arrested the person, they said.

A case was filed with Belpukur Police Station in this connection and the arrested person along with the seized firearms was handed over to the police this morning.

Another team of the elite force detained an alleged drug-peddler identified as Saidul Islam, 37, son of late Nabir Uddin of Mazardia village of Ishwardi Upazila in Pabna district, with 1,500 drugs-pills after conducting a raid at Gopalpur Railgate area in Lalpur Upazila of Natore district last night.

‘Padma Bridge is the golden harvest of Sheikh Hasina's courage’ 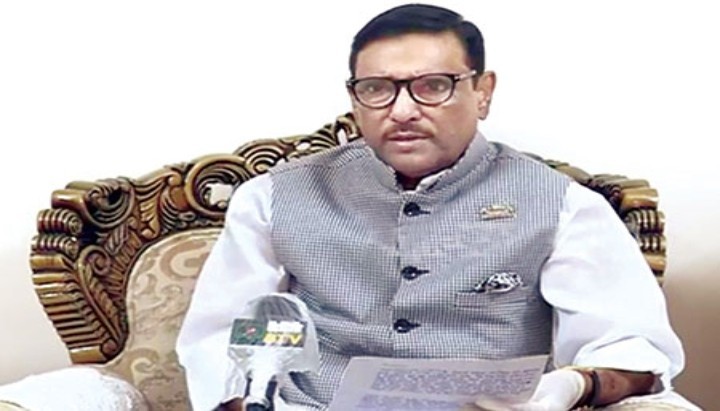 Awami League General Secretary and Road Transport Minister Obaidul Quader has said that if it was not for Sheikh Hasina, the Padma Bridge would not have been built with his own funds. The whole nation wants the name of Padma Bridge to be named after Sheikh Hasina. This Bridge is the golden harvest of Sheikh Hasina's courage. He also mentioned that the Padma bridge will be inaugurated in June.

He made the remarks at a discussion on the occasion of Awami League President Sheikh Hasina's Homecoming Day at Bangabandhu International Conference Center in the capital on Tuesday (May 17).

Obaidul Quader said, "Bangabandhu daughter has sacrificed a lot to organize democracy." Sheikh Hasina is the name of the most honest politician of last 50 years.

The general secretary of the Awami League said that if Sheikh Hasina had not returned, the trial of Bangabandhu's murder would not have taken place. It would not have been possible to build a secular country. The roads ahead are paved with thrones; we will have to move forward by working unitedly.