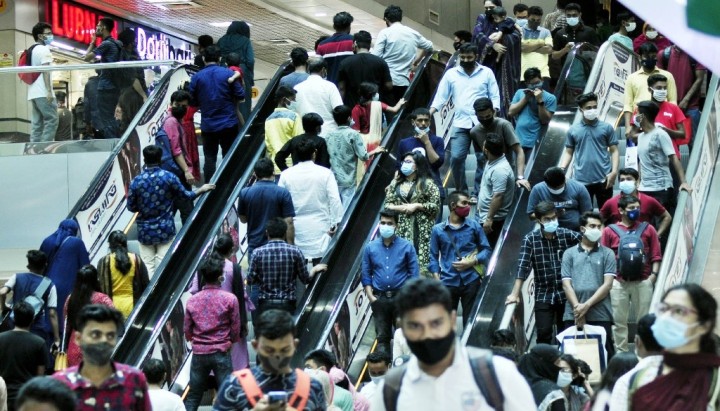 Shopping malls and stores across the country can stay open till 10pm from July 1 to 10 – on the occasion of Eid-ul-Azha – the government has decided.

Shop owners will have to pay their staff allowance for those extra hours, reads a gazette notification from the Ministry of Labour and Employment.

On Sunday at a meeting, business leaders requested the government to allow them to keep shops open till 10:00pm on the occasion of Eid-ul-Azha.

Following the government order, owners have been closing shopping malls and stores across the country after 8pm.

The Prime Minister's Office in a letter on June 17, 2022 announced the order on PM Sheikh Hasina's instructions to several ministries, departments and local authorities, stating that the Bangladesh Labour Act already stipulates the closure of shops at 8:00pm.

Prime Minister gave the directives to save power and energy amid rising energy prices worldwide following the Russia-Ukraine war.

PM urged the students to lead the country 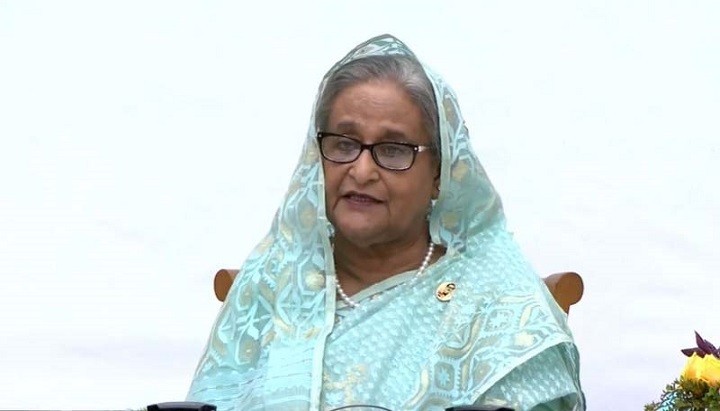 Addressing the students, Prime Minister Sheikh Hasina said, "Our golden sons and daughters, be ready to lead the country in the days to come." Develop yourself and take the country forward. Let the country not lag behind, move forward.

She was speaking at the award ceremony for the best meritorious Bangabandhu Creative Talent Exploration 2022 at the International Mother Tongue Institute auditorium in the capital on Sunday (June 26). The Prime Minister was present on the occasion through video conference from Ganobhaban.

Sheikh Hasina said, "We will be able to take the country forward through the practice of science and knowledge of technology."

She said talent search is an excellent system. Out of this a lot of latent knowledge will come out, which will be useful in the future development of our country.

The Prime Minister said that in order to achieve success, it is necessary to have policies or goals. Success is achieved by setting specific goals. That is what we have done in the field of education.

One goes missing as boat capsized in Chandpur 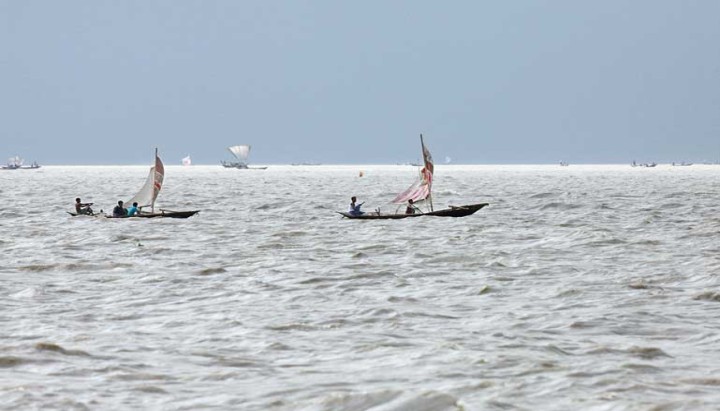 A man went missing after a boat capsized in the Dhangoda river in Chandpur district on Friday, police said on Saturday.

The missing man was identified as Hazrat Ali, 38, a boatman and a resident of Kawadi Nandanpur village of Daudkandi upazila (Cumilla).

According to police, the brick-laden boat capsized in the river at Nandalalpur around 5.30 pm on Friday.

Locals said that the boat sank in the river as strong wave hit it while a speeding trawler was crossing the area.

He managed tosave his 4-year old son Hasib and 10-year old nephew Imran before he drowned.

Officer-in-charge of Matlab Uttar Police Station Md. Shahjahan Kamal said that fire service divers have been conducting a rescue operation since Friday night but couldn’t find his body yet.

Long queues of vehicles on both sides of Padma Bridge 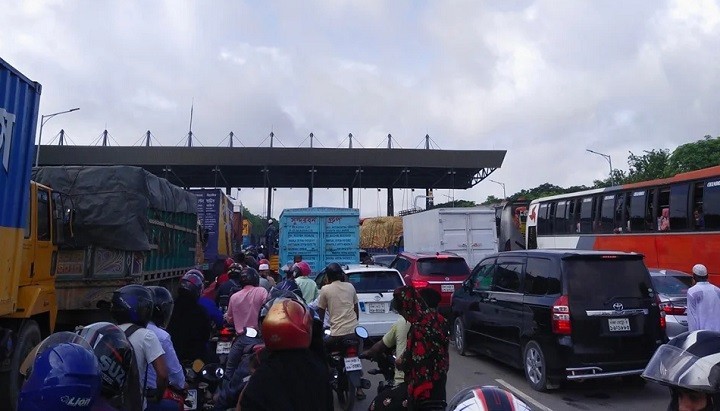 Long traffic jams have been created at both ends on the first day after the inauguration of the Padma Bridge as many people are crossing the Padma today in bus-trucks and their own private cars.

Such scene was seen on both sides of the Padma Bridge on Sunday (June 26) morning.

18 hours after the inauguration, the dream Padma Bridge has been opened for traffic from 6 am on Sunday. After opening, long traffic jams have been created at both ends of the bridge.

The situation has been created as the traffic pressure is much higher than the time it takes to collect the toll of one vehicle at the toll plaza, said the concerned.

It is taking about two or three minutes to collect the toll of a vehicle. Although tolls are being collected from a total of six booths, the traffic jam was created due to excessive traffic.

Although some have suffered a bit in the long traffic jam, many have expressed relief at being able to cross the Padma Bridge.

Biker Mohammad Imran said, I am going to Madaripur for some work. I was stuck in a two-kilometer traffic jam. It felt like a suffering in the beginning but now it feels good.

Sagar Hossain, who is in charge of the ticket counter at the toll plaza, said that the traffic has started today for the first time. That’s why there is a little pressure of vehicle. And since everything here is new, it may take some time. 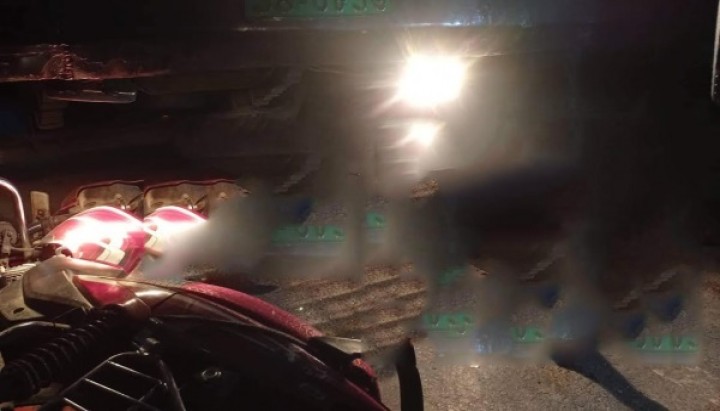 Two people were killed and another was injured when a truck rammed a motorbike on Dhaka-Khulna highway in Goalanda upazila of Rajbari district on Saturday night, police said on Sunday.

The deceased were identified as Rony Kha, 32, son of Abdul Jalil Kha of Sadar upazila in Faridpur district and Sumon Talukdar, 35, son of Hasan Talukdar of Shariatpur district.

Tarikul Islam, officer-in-charge of Ahladipur Highway Police Station, said the accident occurred around 10:30 pm when the speedy truck hit the motorbike carrying three people, leaving two dead on the spot and another injured

Injured Swapan, 35, of Faridpur district was taken to a local hospital from where he was shifted to Dhaka for better treatment. 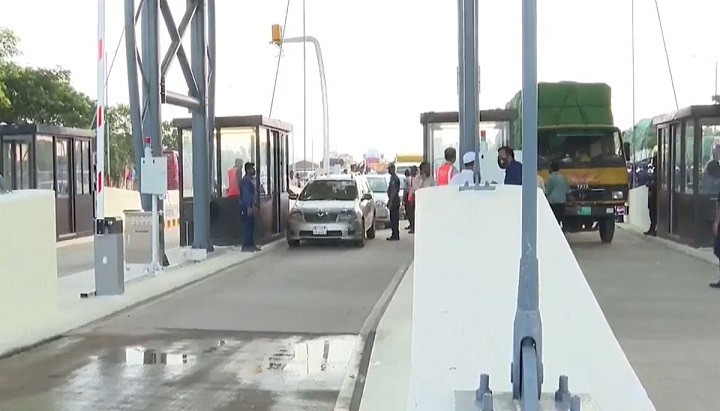 The dream project Padma Bridge has reduced the time it takes to cross the great river Padma to less than 10 minutes from an average of 2-3 hours when using ferries.

Motor vehicles can cross river Padma from Jajira in Shariatpur to Mawa in just 7-8 minutes using the bridge.

Long queues of vehicles were seen waiting to cross the long-awaited Padma Multipurpose Bridge which opened to the public on Sunday (16 June) morning after Prime Minister Sheikh Hasina inaugurated the 6.15-kilometre bridge on Saturday (25 June).

"The toll plazas of the bridge, on both ends, were opened for vehicles at around 5:50am," Bangladesh Bridge Authority Supervising Engineer (Bridge) Md Tofazzel Hossain said.

"At first there was some pressure due to all the motorcycles. Then the queues got longer with more buses and cars. Many were eagerly waiting to witness the Padma Bridge on its first day of operation," he added.

The long saga of sufferings and hassles of 21 southern districts came to an end with the opening of the Padma Multipurpose Bridge.

Before the opening of the bridge, commuters of the southern part of the country had to face untold sufferings as there was no direct land route between Dhaka and southern districts.

Crossing the river by ferry causes people to suffer all through the year.

During festivals like Eid and holidays, there would be terrible traffic congestion as vehicles would have to wait for the ferries for hours, even days under the open sky.

The road's inaccessibility through the mighty Padma hit emergency patients hard, with many reports of patients dying while waiting for a ferry to cross the river.

Padma Bridge will also expedite transporting goods to and from Mongla port in Bagerhat and Bhomra land port in Satkhira, facilitating export trades and easing supplies of essentials in the domestic market. Around 160 tonnes of shrimp are shipped to Dhaka every day from the Khulna region, while jute worth about Tk500 crore are exported through Mongla Port annually.

The bridge has a gas pipeline built through it which will pave the way for expanding the gas network to the south-western districts. Pipeline gas supply will encourage industrialisation and generate employment in the relatively underdeveloped region.

The Padma Bridge project has been implemented at a cost of Tk30,193.39 crore with almost 100% internal funding which is believed to bring a new world to the country's economy by connecting 21 southwestern districts through roads and railways with the capital.

Starting in 1999 with a pre-feasibility study, construction of the bridge, which has since generated numerous headlines, has had its share of delays and even courted controversy.

The construction of the main bridge was carried out by China Major Bridge Engineering Company (MBEC), a Chinese contractor Company, and the river treatment was done by Sino Hydro Corporation of China.

The prime minister formally laid the foundation stone of Padma Bridge at Mawa in Munshiganj on 4 July in 2001. The construction of the bridge was supposed to start in 2015, but the cancellation of foreign aid for it and an increasing depth of the river, among other complications, delayed the work.