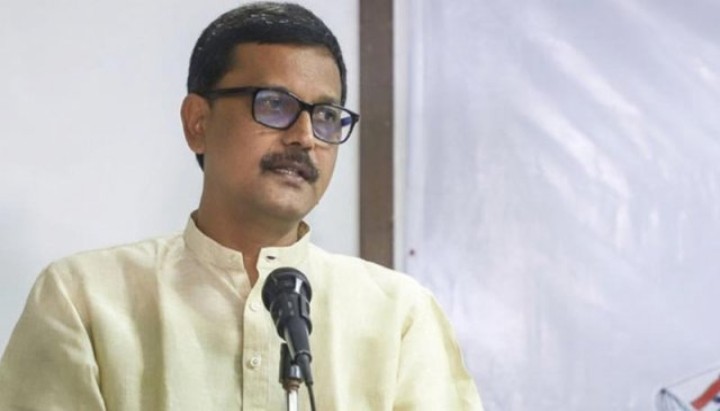 Bikes will be allowed on the Padma Bridge after installing CCTVs and speed ​​guns, said State Minister for Shipping Khalid Mahmud Chowdhury.

"Speed ​​guns and CCTV will be installed. After they are set up, maybe a new decision will be taken," the minister said responding to reporters' questions at a programme on Tuesday (28 June).

The state minister said that the government's move on motorcycles running over the Padma Bridge was not an indefinite decision.

He also said that the ferry will run as per the demand.

"Padma Bridge does not mean that other communications will be closed. Even yesterday ferry was plying through Shimulia, Majhighat. We will use it as we see fit," he added.

"We did not stop the ferry, there are 6 ferries operating according to demand. We are taking time, people's emotions about the Padma Bridge are being expressed in many ways. There are many positive-negative feelings," the minister further said.

Responding to a question about the frustration of the launch owners due to the shortage of passengers, he said, "We are optimistic. Why are we building 10 thousand kilometers of waterways? There is a demand for it. The Prime Minister is not doing anything unnecessary. I think the launch ride will be more enjoyable in the future."

The Bridges Division on Sunday (26 June) decided to prohibit motorcycles from plying on Padma Bridge until further notice from 27 June.

Long queues of buses, trucks, cars, motorcycles, and ambulances were seen waiting in hundreds on the Dhaka-Mawa Expressway till the gates of the bridge opened at 6am Sunday.

People started thronging the Mawa point of the bridge since it opened to the public t to cross the bridge at first chance. Meanwhile, many people were seen breaking the rules imposed by the authorities for the security and protection of the Padma Bridge. 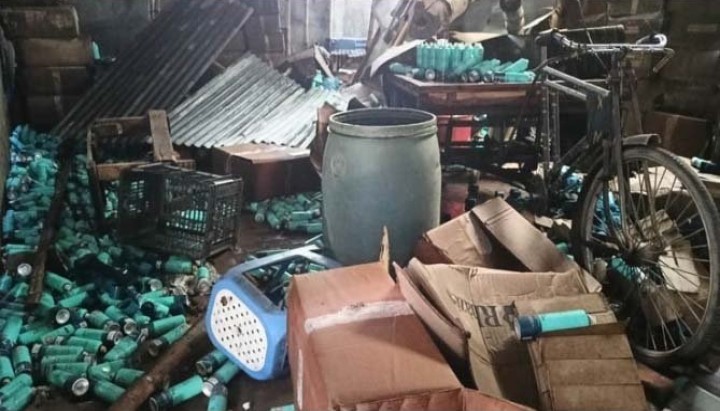 Three people burnt in a chemical explosion at a rickshaw garage in Rajabari Kamarpara area of Turag in the capital died on Saturday night and early Sunday in the intensive care unit of the Sheikh Hasina National Institute of Burn and Plastic Surgery (SHNIBPS).

The Turag Police and locals rescued the injured and sent them to the hospital.

Load shedding to be halved from September: Minister of State for Power 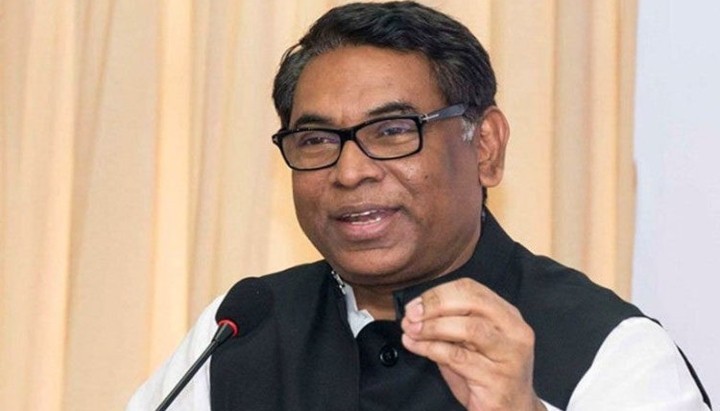 State Minister for Power, Energy and Mineral Resources Nasrul Hamid Bipu said that load shedding will be reduced to half from September. He also said that the production of electricity will also be increased.

He said this to reporters after a meeting with traders at Bidyut Bhaban on Sunday (August 7).

He said that efforts are being made to increase production. If the production increases, load shedding will be normal from October.

The state minister also said that the decision taken to close area-based factories to save electricity and reduce load shedding.

Meanwhile, Bangladesh Knitwear Manufacturers and Exporters Association (BKMEA) Vice President Fazle Shamim Ehsan said that despite accepting the decision to close the factories in the area, no assurance has been given from the ministry regarding uninterrupted power supply.

In a meeting with the Minister of State, the leaders of FBBCI said that if the price of oil increases, the cost of supply will increase. Meanwhile, the FBBCI leaders demanded to fix the fares of trucks.

The state minister said, this problem is temporary. The power department thinks that it will slowly come out of load shedding from next month. We will be much better off than we are now.

Stating that gas and electricity will be coordinated, the state minister said, we will increase production and try to balance by increasing the amount of gas. From October we will be able to move towards uninterrupted electricity. I request everyone to be patient. 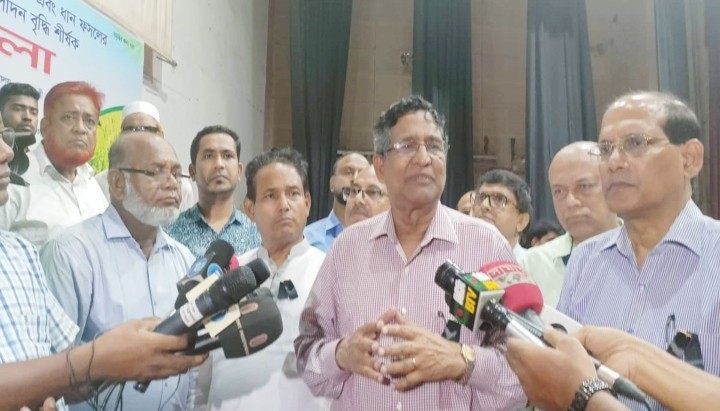 Agriculture Minister Abdur Razzak said that the increase in the price of fuel oil will affect the agriculture sector. He made this comment in response to questions from journalists after speaking as the chief guest at a workshop organized by Bangladesh Rice Research Institute in Comilla Shilpakala Academy on Sunday (07 August) at 11 o'clock.

He said that the increase in the price of fuel will reduce the profit of farmers. But production will not decrease. Earlier, 40 kg of paddy was sold for 1100 or 1000 taka and profit was 100-150 taka. Now maybe the profit will be less. But production will not decrease. The farmers of this country are so selfless that they sell their wife's jewelry, sell cows and goats to buy fertilizer and apply it to land.

He also said that the Honorable Prime Minister has repeatedly said that the price of oil in the international market will decrease only when the Russia-Ukraine war ends. We will reduce oil prices again. Now a huge amount of subsidy has to be paid on oil, as a result of which government warehouses, government reserves will be completely reduced, then the whole nation will be under a threat. 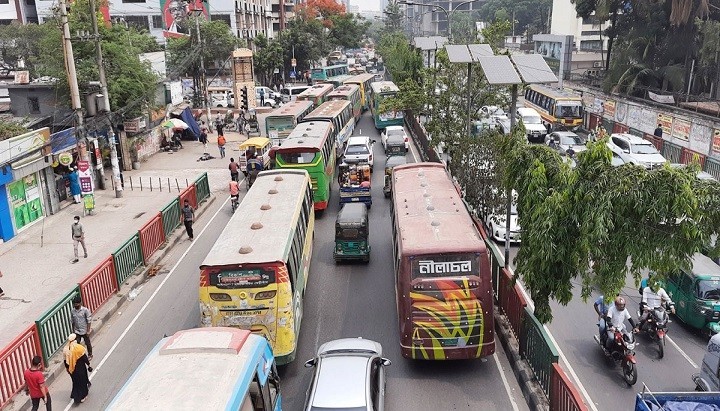 On Sunday (07 August) by order of the President, Deputy Secretary of Road Transport and Highways Department Md. Monirul Alam signed the notification.

According to the notification, in the case of buses and minibuses plying on inter-district and long-distance routes, the maximum fare per passenger per kilometer of the Road Transport and Highways Department is 2 taka 20 paisa instead of 1 taka 80 paisa; In the case of buses plying in Dhaka and Chittagong cities, the fare per kilometer has been fixed at 2 taka 50 paisa instead of 2 taka 15 paisa per passenger.

In case of re-arrangement of seats of buses/minibuses for comfortable travel by reducing the number of seats authorized by BRTA, the fare rates shall be fixed proportionately as per clause above. In that case, the authority approving the route permit should get proportional fare approval from BRTA or Passenger and Goods Transport Committee.

The fare hike will not be applicable to gas powered vehicles. All notifications and orders issued earlier regarding fare fixation of diesel buses and minibuses are cancelled. Fare rates must be posted in a visible place on every bus and minibus. This fare rate issued in public interest will be effective from August 7.

Chinese Foreign Minister paid a courtesy call on the PM 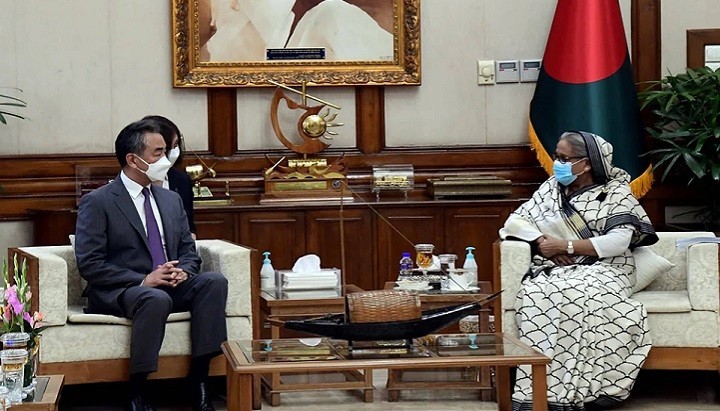 The Chinese Foreign Minister arrived in Dhaka at 5 pm on Saturday (06 August) for a two-day visit. Agriculture Minister Abdur Razzak welcomed him at the airport. In the first program of the visit from the airport, the Chinese foreign minister paid tribute to the portrait of Father of the Nation Bangabandhu Sheikh Mujibur Rahman at number 32 Dhanmondi in the capital.