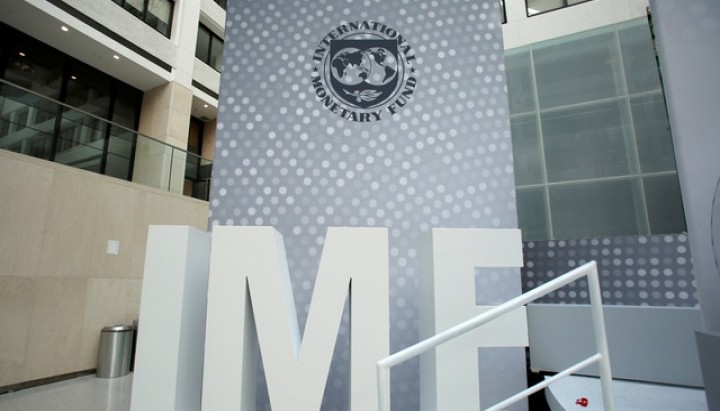 In a blog published Monday, the IMF said it expected robust US growth to continue, with inflation likely to moderate later in the year. The global lender is due to release fresh global economic forecasts on Jan. 25.

It said a gradual, well-telegraphed tightening of US monetary policy would likely have little impact on emerging markets, with foreign demand offsetting the impact of rising financing costs.

But broad-based US wage inflation or sustained supply bottlenecks could boost prices more than anticipated and fuel expectations for more rapid inflation, triggering faster rate hikes by the US central bank.

"Emerging economies should prepare for potential bouts of economic turbulence," the IMF said, citing the risks posed by faster-than-expected Fed rate hikes and the resurgent pandemic.

St. Louis Fed President James Bullard this week said the Fed could raise interest rates as soon as March, months earlier than previously expected, and is now in a "good position" to take even more aggressive steps against inflation, as needed.

"Faster Fed rate increases could rattle financial markets and tighten financial conditions globally. These developments could come with a slowing of US demand and trade and may lead to capital outflows and currency depreciation in emerging markets," senior IMF officials wrote in the blog.

It said emerging markets with high public and private debt, foreign exchange exposures, and lower current-account balances had already seen larger movements of their currencies relative to the US dollar.

It urged central banks to clearly and consistently communicate their plans to tighten policy, and said countries with high levels of debt denominated in foreign currencies should look to hedge their exposures where feasible.

Highest inflation in April in 18 months

The inflation is raised up to 6.29% in April which is highest in 18 months amid persistently high food prices and non-food prices, said Bangladesh Bureau of Statistics (BBS) last evening (May 18, 2022).

The overall inflation in March was 6.22 percent.

In April, food inflation, a measure of increase in prices of a basket of commodities, stood at 6.24 percent, down from 6.34 percent the previous month.

Non-food inflation surged 6.39 percent in April from 6.04 percent in March this year, according to BBS.

People in rural areas bore the brunt of higher inflation than urban areas in April.

General inflation was 6.59 percent in rural areas whereas it was 5.75 percent in urban areas, according to BBS.

Economists say that actual inflation could be higher than the BBS estimate as it has been using 2005-2006 prices for years to calculate the consumer price index. 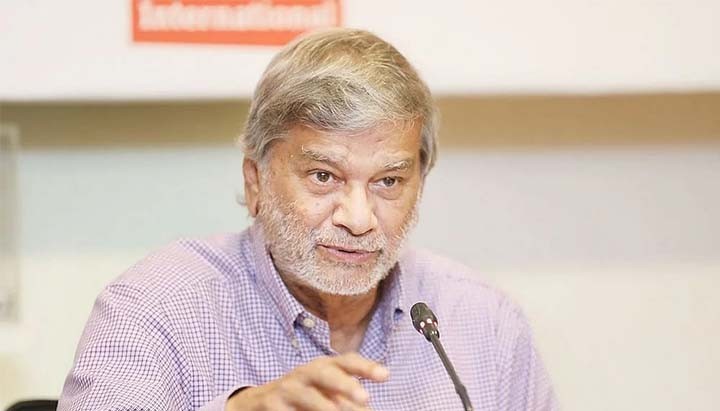 The Annual Development Program (ADP) for the fiscal year 2022-23 has been approved at a cost of Taka 2 lakh 46 thousand 66 crore. Besides, ADPO of about 9,130 crore has been approved by the autonomous body or corporation.

The information was given by Planning Minister MA Mannan after a meeting of the National Economic Council at the NEC conference room in Sher-e-Bangla Nagar on Tuesday (May 17).

The approval was given at a meeting of the National Economic Council held at the NEC conference room and cabinet room of the Secretariat in Sher-e-Bangla Nagar through video conferencing with Ganobhaban under the chairmanship of Prime Minister and NEC Chairperson Sheikh Hasina.

At the end of the meeting, Planning Minister MA Mannan said that the new ADP has been approved at a cost of Tk 2.48 lakh crore. This approval is based on the overall development of the country. Various developments including implementation of mega projects have been given priority.

As in other years, this year too, an initiative has been taken to formulate ADP for FY 2022-23 considering the resources of the country, foreign financing and macroeconomic situation. Successful implementation of Annual Development Program will play a helpful role to expand the country's economic activities, tackle COVID-19, create more jobs, improve education and health services, human resource development, achieve self-sufficiency in food production, alleviate poverty and improve the overall socio-economic condition and economic growth of the country.

Per capita income has increased to $2824 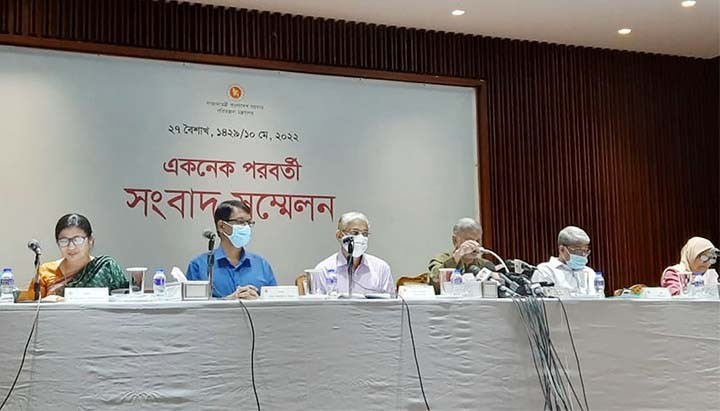 At the same time, the growth in the current financial year has been 7.25 percent which was it was 6.94 percent in the previous year.

Planning Minister MA Mannan came up with the development at a press conference after the ECNEC meeting at the NEC conference room in Sher-e-Bangla Nagar on Tuesday.

US business delegation in Bangladesh to explore opportunities 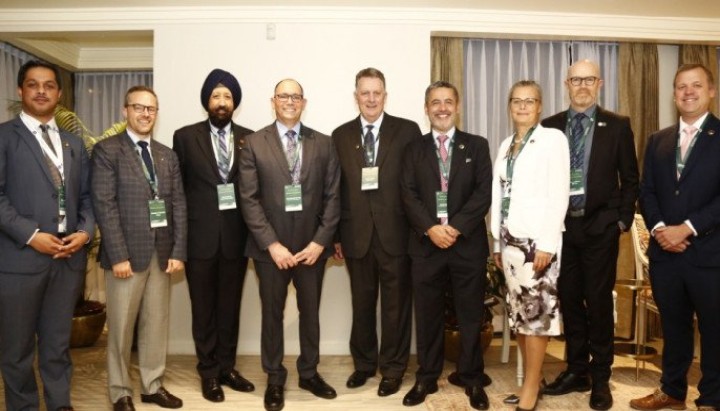 A delegation from the United States, members of the US-Bangladesh Business Council, is visiting Bangladesh till 11 May to explore economic opportunities between the two countries.

Over 25 executives from across sectors like digital, energy, financial services, insurance, and agriculture are part of the executive business delegation.

US Ambassador to Bangladesh Peter Haas had a brief interaction with it Sunday.

Senior officers of the US Embassy in Dhaka and the United States Agency for International Development (USAID) Bangladesh shared their briefing on high-level opportunities for stronger Bangladesh-US economic and commercial ties.

Pryor, also inaugural board chair of the US-Bangladesh Business Council, said the US companies want to contribute to Bangladesh's impressive economic development. 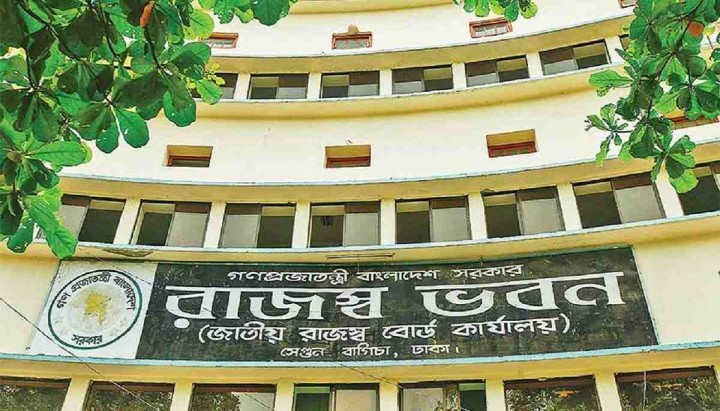 The National Board of Revenue (NBR) has taken a tougher move to increase its collection from the Income Tax Wing by expanding its net and realising outstanding taxes, as in the first eight months of the current fiscal it collected just over 50 percent of its target for the fiscal.

According to the NBR sources, the Board has directed the tax commissioners to bring all eligible persons and organisations under the tax net and to take initiatives to remove the phobia regarding hassle in tax payment.

It also asked to intensify the tax survey and activate the inactive TIN numbers as submitting income tax return has been made mandatory for every TIN holder from this fiscal.

The Income Tax Wing of the NBR has already given necessary directives to the field offices in these regards.

As a part of the internal survey, the field level officials are collecting possible taxpayers information from city corporations, Rajuk and similar organisations, and sub-registrar offices. This is popularly called ‘secondary data’. Secondary data refers to the information of the individuals that are already kept in any organisations.

The NBR has also started to collect information of the potential taxpayers at the upazila level through secondary data gathering, otherwise known as internal survey.

For example, a file of ‘X’ company mentions that it has 450 employees. The concerned official can ask for the names of the 450 employees and their TIN numbers.

With this little move the NBR can find out the eligible taxpayers’ names and bring them under the tax net, if they are not already.

“This is called an internal survey,” a senior NBR official explained to UNB.

In this connection, he said that at first the NBR is taking information of the trade licences that have been issued by the city corporations and municipalities.

Later, TIN will be issued in their names to bring them under tax net and collect revenue from them.

Besides, he mentioned that the NBR is taking information on foreigners from Bangladesh Investment Development Authority (BIDA), vehicle owners from the BRTA, and land buying and selling information from the sub-registry offices, power distribution offices and service oriented offices.

Information of the flat and house owners are also being taken from the National Housing Authority, the NBR official said.

All these efforts would help NBR identify the eligible taxpayers who are still staying out of the tax net.

"We hope that by this we will be able to net the affluent section of society who are evading tax," he added.

According to the NBR sources, the NBR officials generally collect information of the potential taxpayers by door-to-door survey. A senior official of the NBR said that field officials have been asked to conduct their survey maintaining health safety issues.

Of the total target the VAT wing will contribute the lion's share with Tk 127,745 crore.