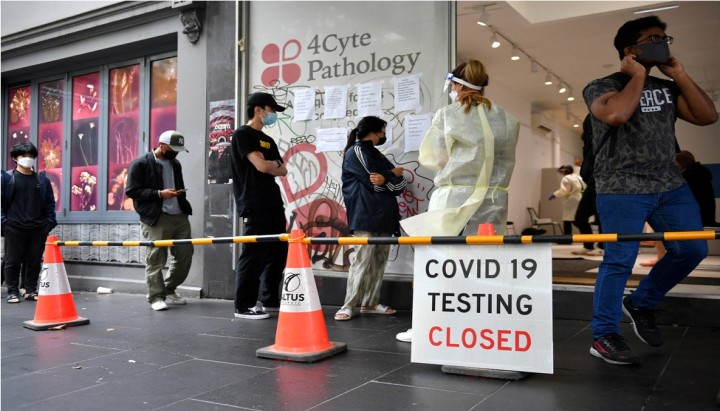 The overall number of Covid cases has now crossed 546 million amid a rise in new infections in parts of the world.

According to the latest global data, the total case count mounted to 546,626,378 while the death toll from the virus reached 6,345,658 Thursday morning.

India reported 12,249 new Covid-19 cases, taking the total tally to 43,331,645, according to the federal health ministry data released on Wednesday.

Meanwhile, 13 more deaths were reported since Tuesday morning, taking the total toll to 524,903.

The number of new coronavirus cases rose in Southeast Asia, the Middle East and Europe last week, while the number of deaths globally dropped by 16%, according to the World Health Organization’s latest weekly pandemic report issued Wednesday, reports AP.

The WHO said there were 3.3 million new Covid-19 infections last week, marking a 4% decrease, with more than 7,500 deaths. But cases jumped by about 45% in Southeast Asia and the Middle East, and by about 6% in Europe.

Southeast Asia was the only region to report a slight 4% increase in deaths, while figures fell elsewhere. Globally, the number of new Covid-19 cases has been falling after peaking in January. 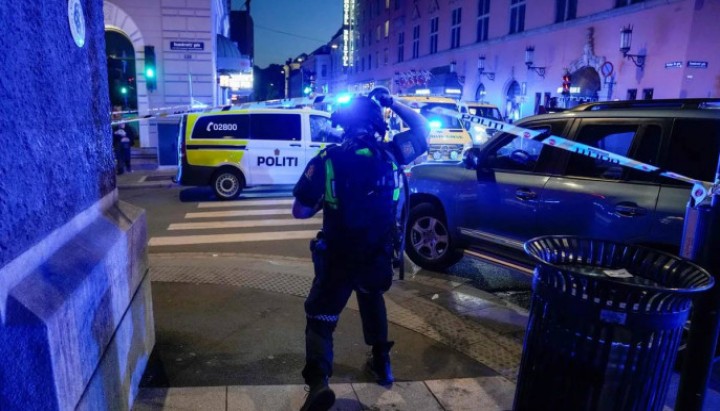 Two people were killed and 14 wounded on Saturday in a shooting at a nightclub and in nearby streets in Norway's capital Oslo, Norwegian police said.

A suspect believed to be the sole perpetrator was apprehended, police told reporters.

The crime scene extended from the London Pub via a neighbouring club and onwards to a nearby street where the suspect was apprehended a few minutes after the shooting began, police spokesman Tore Barstad told newspaper Aftenposten.

The London Pub is a popular gay bar and nightclub in the centre of Oslo.

"I saw a man arrive with a bag, he picked up a gun and started to shoot," journalist Olav Roenneberg of public broadcster NRK reported.

It was not immediately clear what was the motive for the attack.

Oslo is due to hold its annual Pride parade later on Saturday.

"Two people are confirmed dead," the Oslo police department said in a tweet.

Some 14 people were taken to hospital, several with severe injuries, police said.

Photographs published by newspaper VG, broadcaster NRK and others showed a large gathering of emergency responders outside the London Pub, including police and ambulance workers.

Helicopters hovered above central Oslo while ambulance and police car sirens were heard across the city.

Oslo's university hospital said it had gone on red alert following the shooting. Afghanistan’s Taliban-led government has appealed for more international aid as it struggles to cope with the devastating earthquake in a mountainous eastern region that has left more than 1,000 people dead and many more injured.

With the war-ravaged nation already stricken by an economic crisis, the hardline Islamist leadership said sanctions imposed by western countries after the withdrawal of US-led coalition forces last year meant it was handicapped in its ability to deal with Wednesday’s disaster in Khost and Paktika provinces.

The death toll climbed steadily Wednesday as news of casualties filtered in from hard-to-reach areas in the mountains, and the country’s supreme leader, Hibatullah Akhundzada, warned it would probably rise further.

The earthquake struck areas that were already suffering the effects of heavy rain, causing rockfalls and mudslides that hampered rescue efforts.

Describing the aftermath as people dug through the rubble to retrieve the dead and injured, Mohammad Amin Huzaifa, the head of the information and culture department in Paktika, said: “People are digging grave after grave.”

Footage released by the Taliban showed residents digging a long slit trench to bury the dead. Huzaifa said more than 1,500 people were injured, many critically. “People are still trapped under the rubble,” he told journalists.

The disaster comes as Afghanistan grapples with a severe economic crisis that has gripped it since the Taliban takeover last year, and amid rapidly mounting concerns over the ability of the Taliban and international agencies to respond quickly.

While major international agencies still operate in Afghanistan, the Taliban takeover saw other agencies and governments reduce their assistance programmes in a country where about 80% of the budget came from foreign assistance.

Abdul Qahar Balkhi, a senior Taliban official, said the government “appreciated and welcomed” help that has been pledged by some other governments and relief agencies such as Médecins Sans Frontières and the Red Cross.

But the 5.9-magnitude earthquake – initially reported as magnitude 6.1, and the country’s deadliest for more than 20 years – had caused such widespread damage and suffering that more help was needed.

“The government sadly is under sanctions so it is financially unable to assist the people to the extent that is needed,” he said.

“The assistance needs to be scaled up to a very large extent because this is a devastating earthquake which hasn’t been experienced in decades.”

The United Nations secretary-general, António Guterres, said the global agency has “fully mobilised” to help, with UN officials confirming the deployment of health teams and supplies of medicine, food, trauma kits and emergency shelter to the quake zone.

Tomas Niklasson, the European Union’s special envoy for Afghanistan, tweeted: “The EU is monitoring the situation and stands ready to coordinate and provide EU emergency assistance to people and communities affected.”

Pakistan, where officials said one person was killed in the quake, said it would send emergency aid – including tents – across the border.

The disaster poses a huge challenge for the Taliban, who have largely isolated the country as a result of their hardline Islamist policies – particularly the subjugation of women and girls.

Even before the Taliban takeover, Afghanistan’s emergency response teams were stretched to deal with the natural disasters that frequently strike the country.

But with only a handful of airworthy planes and helicopters left since the Taliban returned to power, any immediate response to the latest catastrophe is further limited.

Karim Nyazai was in the provincial capital and returned immediately to find his village devastated and 22 members of his extended family dead.

“I was away from my family who live in a remote village in the Gyan district. I went there as soon as I could find a car in the early morning,” he told the Guardian.

“The entire village is buried. Those who could manage to get out before everything fell down were managing to take out the bodies of their loved ones out of the rubble. There were bodies wrapped in blankets everywhere.

“I lost 22 members of my [extended family] including my sister, and three of my brothers. More than 70 people in the village died.”

One survivor, Arup Khan, 22, who was pulled out of a collapsed guesthouse, described the moment the earthquake struck. “It was a horrible situation. There were cries everywhere. The children and my family were under the mud.”

The United States, whose troops helped topple the initial Taliban regime and remained in Afghanistan for two decades until Washington pulled them out last year, was “deeply saddened” by the earthquake, the White House said.

“President Biden is monitoring developments and has directed USAID (US Agency for International Development) and other federal government partners to assess US response options to help those most affected,” national security adviser Jake Sullivan said in a statement.

Wednesday’s quake occurred at around 1.30am at a depth of 10km (six miles), about 47km south-west of Khost, according to the United States Geological Survey.

It was felt as far away as Lahore in Pakistan, 480km from the epicentre in Khost. 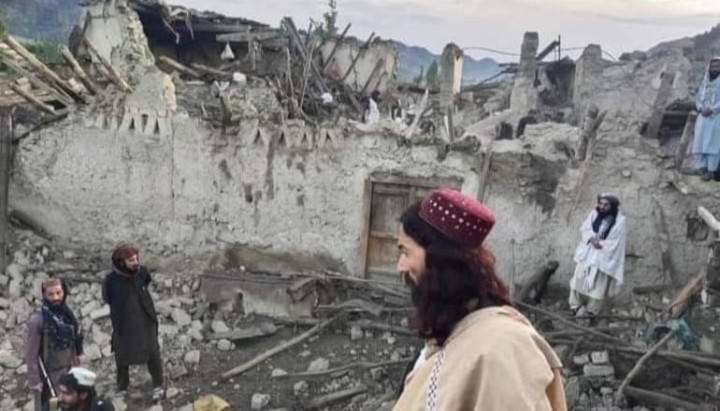 Information remained scarce on the magnitude 6.1 temblor that damaged buildings in Khost and Paktika provinces. Rescue efforts are likely to be complicated since many international aid agencies left Afghanistan after the Taliban takeover of the country last year and the chaotic withdrawal of the U.S. military from the longest war in its history.

Neighboring Pakistan’s Meteorological Department said the quake’s epicenter was in Afghanistan’s Paktika province, just near the border and some 50 kilometers (31 miles) southwest of the city of Khost. Such temblors can cause severe damage, particularly in an area like this one where homes and other buildings are poorly constructed and landslides are common.

Footage from Paktika province showed people being carried into helicopters to be airlifted from the area. Others were treated on the ground. One resident could be seen receiving IV fluids while sitting in a plastic chair outside the rubble of his home and still more were sprawled on gurneys. Other images showed residents picking through clay bricks and other rubble from destroyed stone houses.

Afghan emergency official Sharafuddin Muslim gave the death toll in a news conference Wednesday. Earlier, the director-general of state-run Bakhtar news agency, Abdul Wahid Rayan, wrote on Twitter that 90 houses have been destroyed in Paktika and dozens of people are believed trapped under the rubble.

Bilal Karimi, a deputy spokesman for the Taliban government, gave no specific death toll but wrote on Twitter that hundreds of people were killed and injured in the earthquake, which shook four districts in Paktika.

“We urge all aid agencies to send teams to the area immediately to prevent further catastrophe,” he wrote.

In just one district of the neighboring Khost province, the earthquake killed at least 25 people and injured over 95 others, local officials said.

In Kabul, Prime Minister Mohammad Hassan Akhund convened an emergency meeting at the presidential palace to coordinate the relief effort for victims in Paktika and Khost.

The “response is on its way,” the U.N. resident coordinator in Afghanistan, Ramiz Alakbarov, wrote on Twitter.

Some remote areas of Pakistan saw reports of damage to homes near the Afghan border, but it wasn’t immediately clear if that was due to rain or the earthquake, said Taimoor Khan, a disaster management spokesperson in the area. 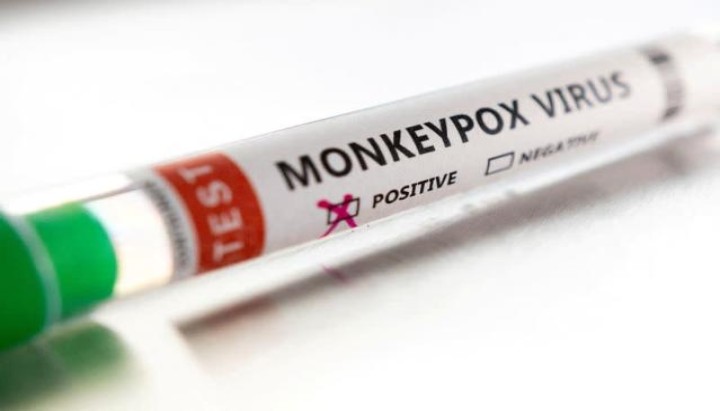 South Korea reported its first imported cases of monkeypox Wednesday, becoming the latest of some 40 countries -- and the first in East Asia -- to have identified the disease.

A South Korean national in their 30s who arrived from Germany on Tuesday was confirmed to have contracted the viral disease, according to the Korea Disease Control and Prevention Agency.

The patient, whose identity has been withheld, developed a fever last weekend and symptoms worsened to include fatigue and skin rash when they arrived in the country, Peck Kyong-ran, the disease control agency chief, told reporters.

The patient reported to the authorities at the airport before they came into close contact with others and is now receiving treatment, Peck added.

Further details of the person's condition have not been made public.

Peck urged people to report to authorities if they showed any symptoms after visiting countries coping with monkeypox infections, stressing it was "the most important thing in preventing the spread".

The normal initial symptoms of monkeypox include a high fever, swollen lymph nodes and a blistery chickenpox-like rash.

Seoul's Wednesday report came hours after Singapore announced its first imported case of the disease in this year's outbreak.

The patient, a 42-year-old British flight attendant who had been flying in and out of Singapore, tested positive for monkeypox on Monday.

Singapore's last case of monkeypox was detected in 2019.

So far, the recent outbreak of monkeypox has mainly affected men who have had sex with other men.

The UN health body is due to hold an emergency meeting on Thursday to determine whether to classify the global monkeypox outbreak as a public health emergency of international concern.

The virus usually clears up after two or three weeks. 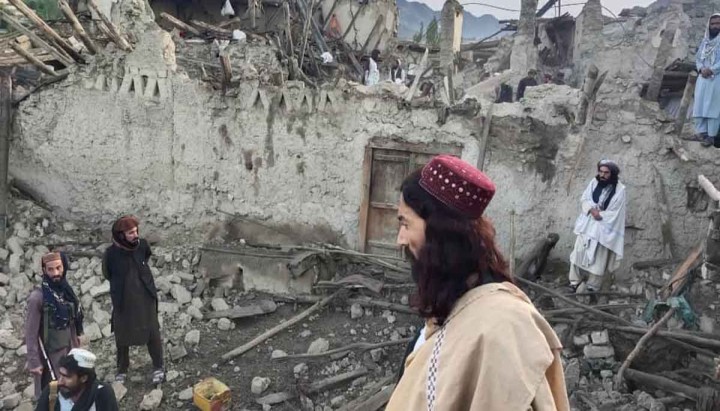 A powerful earthquake has killed at least 250 people and left scores injured in Afghanistan.

Pictures being shared on social media showed injured people on stretchers, rubble and destruction of homes in Paktika province.

A local government official told the BBC the death toll of more than 250 was likely to rise, and that more than 150 others had been injured.

The quake struck about 44km (27 miles) from the south-eastern city of Khost.

Tremors were felt across more than 500km of Afghanistan, Pakistan and India, according to the European Mediterranean Seismological Centre, quoted by Reuters