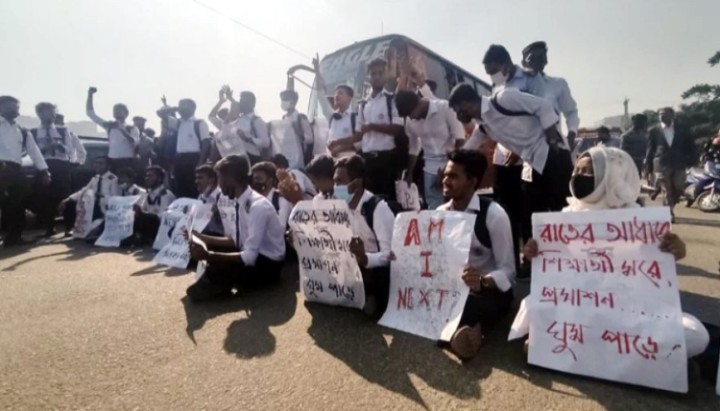 Angry students are protesting on Rampura Road in the capital Dhaka's Rampura over the incident in which student Durjoy was killed by a bus crash. Students started protesting near Rampura Bridge from 10 am on Tuesday (November 30).

At the time, students were holding placards with various slogans and demanding justice for the school student who was killed. At this time the traffic on the road was stopped.

Earlier, Mainuddin Islam was killed when he was hit by a bus in Rampura area around 10 pm on Monday. He was giving SSC exam from Ekramunnesa High School this year. Their home is East Rampura Mollah House. Mainul went to West Rampura to meet a friend. On the way back, an unmanned bus crushed him.