3 killed during clash in Thakurgaon 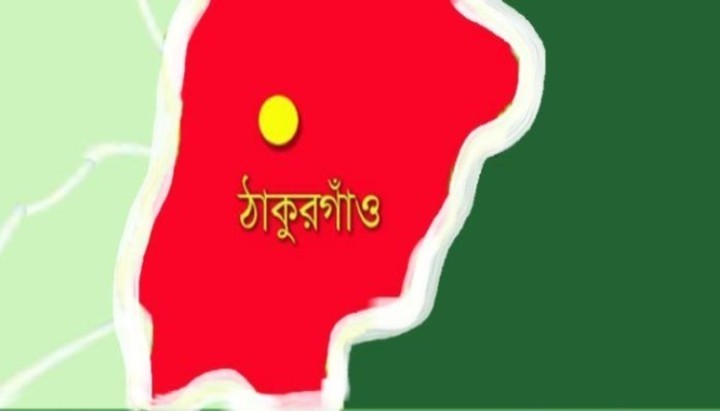 Three people were shot dead reportedly by members of a law enforcement agency during a clash over elections at Khangaon union in Pirganj Upazila of Thakurgaon district on Sunday night and early Monday.

Jahangir Hossain, Superintendent of Police of Thakurgaon, said, “As officials of the local administration were confined to a polling center, a BGB team went there to rescue them. They had to open fire at one point to bring the situation under control. The three might have died in BGB firing. However, we need further investigation to be sure about it.”

Jahangir Alam, officer-in-charge of Pirganj Police Station, said one of the three deceased died on the spot while two others succumbed to their wounds at Sadar Hospital.

The deceased were identified as Aditya, 18, Mojaharul Islam, 35, and Hossain, 26.

Police said Nuruzzaman, an independent candidate, and his supporters confined the officials of the administration, including the presiding officer, to Ghidob Primary School when the vote count ended around 8:00 pm.

When Haripur Upazila Nirbahi Officer (UNO) Mohammad Abdul Karim reached the spot along with a BGB team, the candidate’s supporters attacked them and vandalized the vehicle.

After nearly two hours, BGB men opened fire to bring the situation under control, leaving one dead on the spot and four others injured, said the OC.

The injured were sent to Thakurgaon Sadar Hospital where two others succumbed to their injuries.

With the death toll in Thakurgaon, at least eight people were killed and over 100 others injured as the 3rd phase of Union Parishad (UP) elections ended on Sunday afternoon amid sporadic violence and irregularities.

Violence was reported from different parts of the country, including Narsingdi, Brahmanbaria, Lakshmipur, Jashore, and Khulna.

The first and second phases of UP elections were marred by violence and irregularities.

At least six people were killed and over 100 others injured in the 2nd phase of the Union Parishad (UP) elections on 11 November.

Violence was reported from different parts of the country, including Narsingdi, Cox’s Bazar, Cumilla, and Chattogram.

Three people were killed and a number of people were injured in the first phase of the Union Parishad election that concluded with reports of sporadic violence and clashes on 20 September. 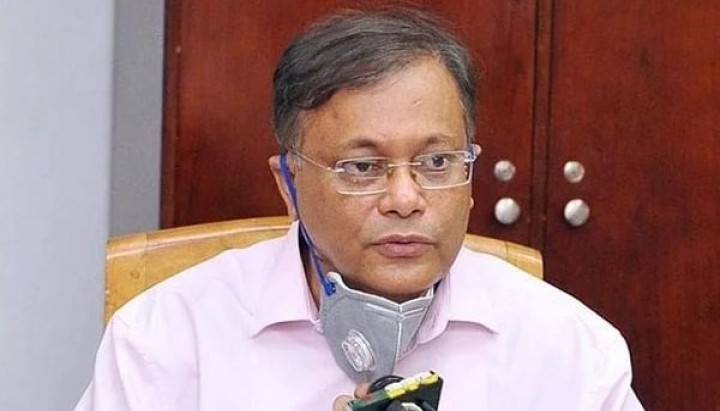 Information and Broadcasting Minister Dr Hasan Mahmud today said the all achievements of Bangalee nation came under Awami League (AL) during its 73 years of journey.

He told the reporters after paying rich tributes to Bangabandhu by placing wreath at the portrait of Father of the Nation Sheikh Mujibur Rahman at Dhanmondi-32 here this morning on 73rd founding anniversary of AL.

The minister said Bangladesh had achieved independence under the leadership of AL and the greatest Bangalee of all times Bangabandhu Sheikh Mujibur Rahman.

He added that Bangladesh now became a food surplus country from food deficit one and turned into a developing nation from least developed country under the leadership of Bangabandhu's worthy daughter Prime Minister Sheikh Hasina.

He also said the another big achievement is to construct Padma Bridge under the leadership of AL and Prime Minister Sheikh Hasina by showing thumbs to the world conspirators.

He said the anti-liberation forces are still active and BNP is patronizing them. The BNP is doing politics with Jamaat Islami till now and they are busy in plotting conspiracies, he added.

They (BNP-Jamaat) are hatching conspiracy against the development, progress and the spirit of the liberation war, he said, adding, "But, the country is moving ahead defeating all intrigues under the leadership of Prime Minister Sheikh Hasina".

Hasan also expressed his firm conviction to turn the country into a developed nation by 2041 under the leadership of AL uprooting all conspiracies. 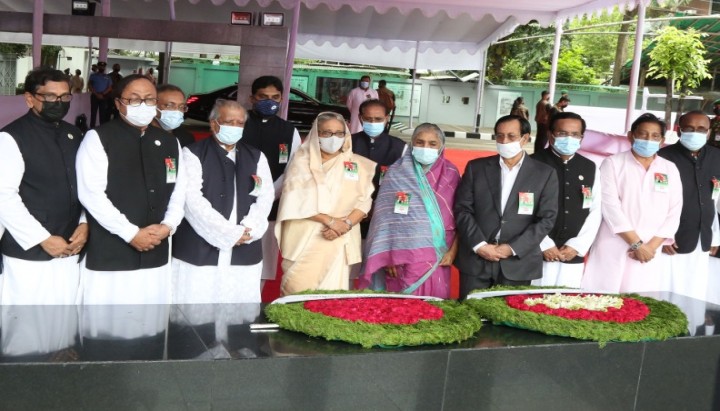 She paid homage to Bangabandhu by placing a wreath at the portrait of the Father of the Nation at Bangabandhu Memorial Museum at Dhanmondi-32 this morning.

After laying the wreath, the prime minister stood in solemn silence for some time as a mark of profound respect to the memory of Bangabandhu.

Later, flanked by senior party leaders, Sheikh Hasina, also President of the Awami League, paid tributes to Bangabandhu by placing another wreath at the portrait of the Father of the Nation on behalf of her party.

Bangladesh Awami League was formed on this day in 1949, which later transformed into the biggest political party of the country to lead struggles for freedom, the War of Liberation and all democratic movements. 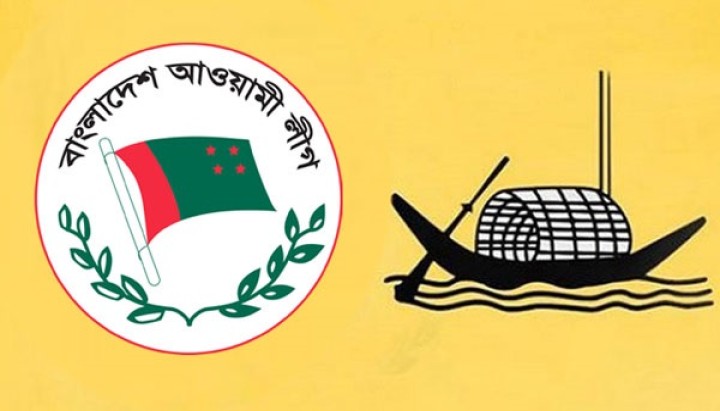 The 73rd founding anniversary of ruling Awami League, which led the country’s Independence through the 1971 Great Liberation War, is being celebrated today.

Established in 1949 as Awami Muslim League at Rose Garden in capital’s old part on the day and later the party was appeared as Bangladesh Awami League (AL) to give it a secular look.

The Awami League has taken elaborate programmes, marking its founding anniversary with maintaining the health rules due to pandemic COVID-19 outbreak.

The programmes include – hoisting of national and party flags at central and countrywide party offices at the dawn, paying tribute at Bangabandhu's portrait in front of the Bangabandhu Bhaban at 8am, holding of a discussion at the party central office premises at 23 Bangabandhu Avenue of Gulistan at 10:30 am.

Awami League president and Prime Minister Sheikh Hasina will virtually join the meeting from the Ganabhaban there, according to a party source.

As part of the days’ programmes, a delegation of the AL Central Executive Committee will also pay homage at the grave of Bangabandhu, the greatest Bangalee of thousand years, by placing wreaths there at Tungipara on this day.

Prime Minister Sheikh Hasina on Wednesday gave a message on this occasion.

In her message, the Premier said since its inception, every getting and achievements in the soil of this land have been under the leadership of Awami League.

The Awami League was behind the root of all the achievements of Bangalees till today, including the country’s overall development from the protection of the dignity of mother tongue and subsequently the War of Liberation in 1971, she added.

The Awami League is one of the oldest, non-communal, largest and leading political parties in the country. And the work of building a non-communal Bangladesh was first started by the Father of the Nation Bangabandhu Sheikh Mujibur Rahman.

At the time of its establishment, Sheikh Mujibur Rahman was in jail. But he was made joint general secretary then. 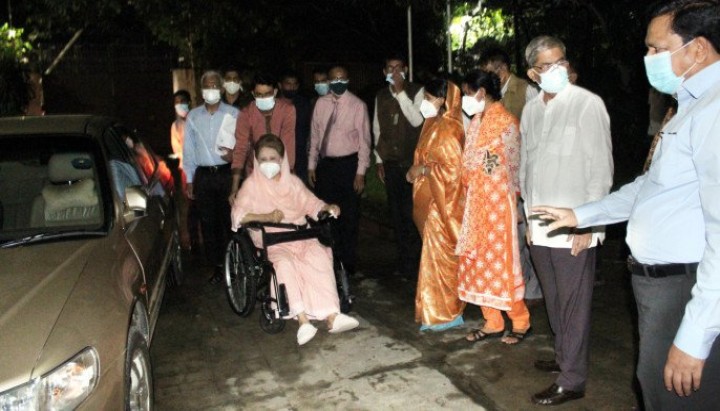 The 19-member medical board, formed for the treatment of BNP Chairperson Khaleda Zia at Evercare Hospital in the capital, is going to meet this evening to review her condition.

Professor Dr AZM Zahid Hossain, a personal physician of Khaleda, said the medical board will sit at the meeting at 5pm.

He said doctors at the meeting will review the BNP chief’s condition and different reports to decide her next course of treatment.

Dr Zahid said Khaleda is still under the observation of doctors in the Coronary Care Unit (CCU). “Her cardiac point is not yet completely stable”.

He said the medical board headed by Prof Shahabuddin Talukder has been observing the BNP chief’s condition and ensuring proper treatment to her. “Nothing can be said about her condition before 72 hours are passed.”

Earlier on Sunday, he said three blockages were found in the arteries of the BNP chairperson through a coronary angiogram test conducted on Saturday.

Zahid, also a BNP vice chairman, said Khaleda suffered a heart attack due to around a 95 per cent blockage in her left artery. “A stent has been placed there by removing the blockage.”

About two other blockages, Zahid said doctors will take proper measures in this regard after observing her condition as she has chronic kidney and liver problems.

Earlier, Khaleda, was admitted to Evercare Hospital in the capital in the early hours of Saturday as she suddenly fell ill.

A ring (stent) was placed in the main artery of her heart on Saturday afternoon. 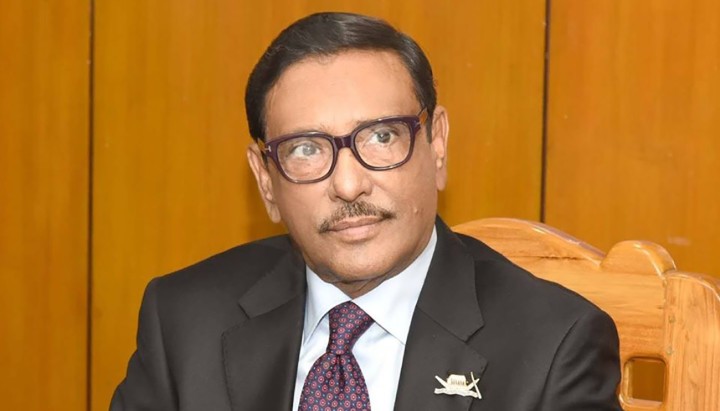 Awami League General Secretary Obaidul Quader said on Sunday that his party stands firmly against communal forces and the falsehood of BNP.

"Our party was born through movement on streets and will never leave the streets," he said at the tri-annual council of Mohammadpur Thana and Ward Awami League at Mohammadpur Town Hall ground in the capital Sunday morning.

Quader reiterated that the Awami League is a party of the people and will remain so.

Referring to the recent fire in BM Inland Container Depot in Sitakunda, Quader said the intelligence agencies are collecting information to determine whether it was a sabotage or otherwise.

Denouncing BNP leaders' attack on the government on this issue, he warned them not to play with fire.