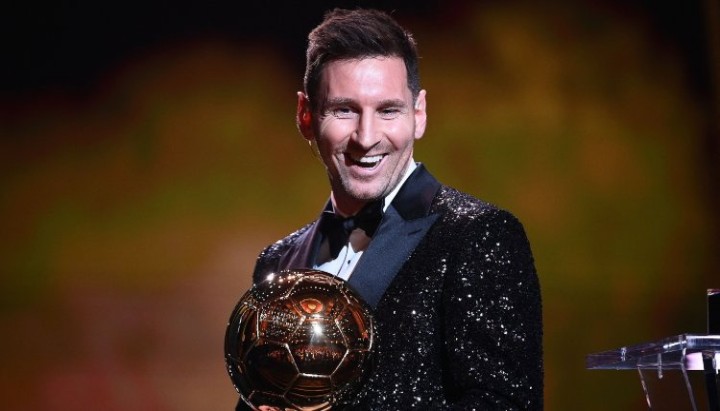 Lionel Messi won the men's Ballon d'Or award for a record-extending seventh time at a ceremony in Paris on Monday.

The 34-year-old scored 38 goals in 48 games last season for Barcelona and won the Copa del Rey before captaining Argentina to Copa America glory in July.

That was the first major international title of his glittering career, which had been spent entirely with Barcelona before his tearful departure from the Camp Nou in August and subsequent move to Paris Saint-Germain.

Messi has played just 11 games for PSG so far, scoring four goals, but he was rewarded as much as anything for his continued brilliance down the years.

He has now won the Ballon d'Or twice more than his old rival Cristiano Ronaldo -- between them, they have won 12 of the last 13 editions with the exception coming in 2018 when Luka Modric claimed the prize.

Prolific Bayern Munich striker Robert Lewandowski finished second and Chelsea and Italy midfielder Jorginho was third in the voting by a jury of journalists from around the world.

Spain starlet Pedri won the Kopa Trophy for the best player aged under 21 at the Ballon d'Or awards ceremony in Paris on Monday, while Italy's Gianluigi Donnarumma was named the best goalkeeper.

Barcelona midfielder Pedri, who only turned 19 last Thursday, was a key player for Spain as they reached the semi-finals of the European Championship and featured in their side that lost in the men's Olympic football final against Brazil in Tokyo.

In addition, he played 52 games for Barcelona, helping them win the Copa del Rey.

The Kopa Trophy is named after Raymond Kopa, the Real Madrid and France star of the post-war era who won the Ballon d'Or in 1958.

France forward Kylian Mbappe was the inaugural winner of the prize in 2018, and Matthijs de Ligt of Juventus and the Netherlands won it in 2019.

There was no Ballon d'Or awards ceremony last year because of the pandemic.

Donnarumma won the Yashin Trophy for the best goalkeeper after his outstanding performances in Italy's glorious Euro 2020 campaign.

Liverpool and Brazil star Alisson was the first winner in 2019 of the Yashin Trophy, named after former USSR icon Lev Yashin.

Alexia Putellas of Barcelona and Spain won the women's Ballon d'Or prize at a ceremony in Paris on Monday, completing a remarkable year for the 27-year-old.

Putellas is the third winner of the prize, following in the footsteps of Ada Hegerberg, who won the inaugural women's Ballon d'Or in 2018, and United States World Cup star Megan Rapinoe, winner in 2019.

The 2020 Ballon d'Or awards were canceled because of the pandemic.

Putellas captained Barcelona to victory in this year's Champions League, scoring a penalty in the final as her side hammered Chelsea 4-0 in Gothenburg.

She also won a Spanish league and cup double with Barca, the club she joined as a teenager in 2012, and helped her country qualify for the upcoming Women's Euro in England.

Her Barcelona and Spain teammate Jennifer Hermoso finished second in the voting, with Sam Kerr of Chelsea and Australia coming in third.

It completes an award double for Putellas, who in August was named player of the year by European football's governing body UEFA.

Tigers whitewashed after 10-wicket defeat to WI in 2nd Test 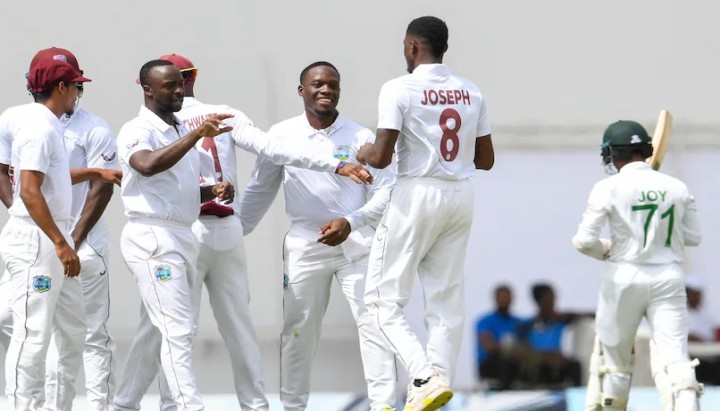 West Indies thrashed Bangladesh by 10 wickets in St Lucia to win the second match of the two-Test series. With this, the hosts won the series 2-0.

In fact, Bangladesh failed to impress with the bat throughout the series. They suffered six ducks in the first innings of the first Test, and in the last innings of the series, they managed to post only 186 runs. Overall, it was yet another poor batting display by Bangladesh that eventually handed WI a Test series that they would love to forget.

“We always knew it was going to be a tough series,” Bangladesh captain Shakib Al Hasan told the broadcaster after the match. “There are a lot of positives to take from this series. We will have time to think now and try to get better in Tests. In Tests, when we travel, most sides don't do well. We need to be mentally tough.”

Shakib also said that his team needs more time to produce a good performance in the Tests. But he also said that the upcoming white-ball series will be a stage for the Tigers to show their guts.

Like the third day of the St Lucia Test, the fourth day was also hit by intense rain. The first session of the day was completely washed away.

Bangladesh were struggling at 132 for six at the end of day three. They could add only 54 runs to their overnight total with a fifty from Nurul Hasan Shohan. The last three batters who are pacers — Ebadot Hossain, Khaled Ahmed and Shoriful Islam — failed to perform.

With the fifty of Sohan, Bangladesh avoided an innings defeat but the fourth-innings target for the West Indies was small — 13 runs that the hosts managed to score in just 2.5 overs without losing any wicket.

Bangladesh were behind the hosts from the first innings of the match when they had scored only 234 runs. The visitors were not able to come out from that downfall.

In reply to Bangladesh’s below-par first innings, the West Indies scored 408 runs -- thanks to a century by Kyle Mayers who scored 146 and the West Indies captain, Kraigg Brathwaite, who hit a fifty.

For Bangladesh, Khaled Ahmed bagged five wickets in the first innings — the best bowling display by any Bangladeshi pacer in the West Indies. But his effort went in vain as the batters couldn't produce a total to keep the fight alive.

“I think the confidence of the guys was high,” Kraigg Brathwaite, the West Indies captain, said after the match. “The planning and execution made me happy. Mayers' partnership with Blackwood was superb. Bangladesh bowled well. I think there is always room for improvement. We should try to bat over 100 overs almost every time.” 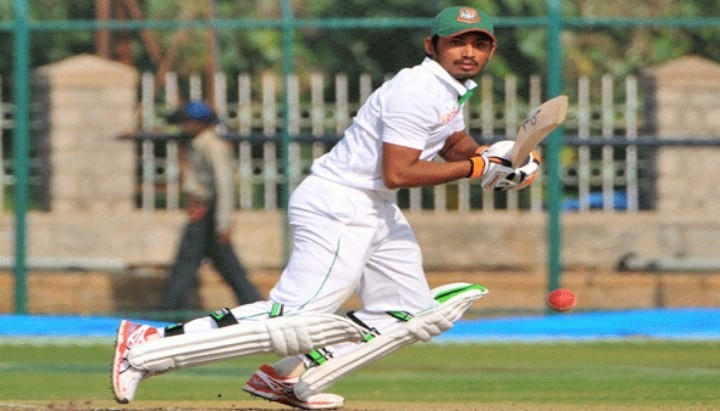 He will be available to play Test from the second match of the two-match Test series between West Indies and Bangladesh which will begin on June 24 at the Daren Sammy National Cricket Stadium, Gros Islet, St Lucia – the same venue where Anamul played his last Test against the same team in 2014.

In his Four-Test career, Anamul scored 73 runs with the best innings of 22 runs.

In the last edition of the Dhaka Premier Division Cricket League, a 50-over format, Anamul scored more than 1100 runs at an average exceeding 81 with nine fifties and three centuries.

With this batting display, he became the first and only Bangladeshi batter to score 1000 or more runs in a List A event.

The batter was part of the limited-overs team when the squad was announced.

Also, a back injury of Yasir Ali Rabbi, which eventually ruled him out of the Test series, paved the way for Anamul.

In the ongoing series in the West Indies, apart from the two-match Test series, Bangladesh will take on the hosts in a three-match ODI and three-match T20 series.

The first two T20s will be played at Windsor Park, Roseau, Dominica on July 2 and 3.

The third T20 and all three ODIs will be played at Providence Stadium, Guyana on July 10, 13 and 16. 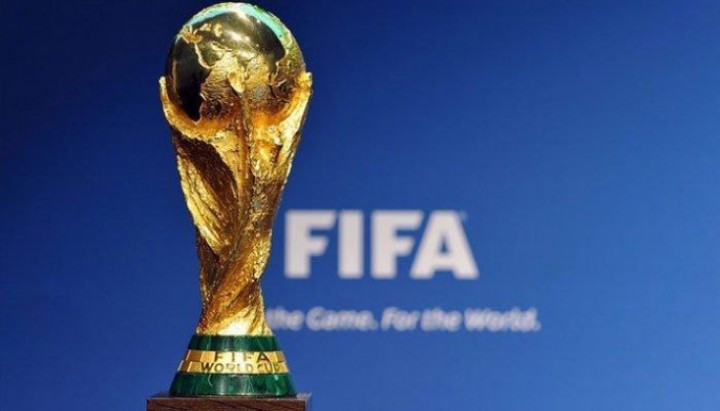 A chartered flight, carrying the original trophy, which will tour Bangladesh from 8-11 June, landed at Hazrat Shahjalal International Airport at around 11.25 am.

The trophy tour has been accompanied by a seven-member FIFA delegation, including French 1998 World Cup winner Christian Karembeu. Officials of Coca Cola and BFF, led by the BFF president Kazi Mohammad Salahuddin, received the trophy from the airport.

During the tour of Bangladesh, the trophy will be taken to the President's residence, the Bangabhaban at 4pm, and the residence of the Prime Minister, the Ganabhaban at 7 pm.

On the following day (Wednesday), a cultural programme will be held as the trophy will be displayed at the Army Stadium for the public. People will also have opportunities to take photos with the trophy.

The global tour of the world's most coveted trophy started on May 12 with a first-stop event in Dubai.

The showpiece event, sponsored by Coca-Cola, will be held in 51 countries, including all the 32 countries of the upcoming Qatar World Cup in November-December this year.

Earlier, the trophy made its visit to Bangladesh in 2013 before the Fifa World Cup 2014 in Brazil. 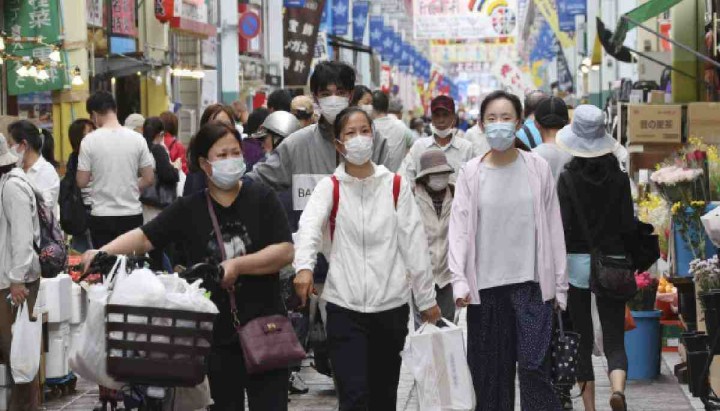 The overall number of Covid cases has now crossed 536 million amid a rise in new infections in parts of the world.

According to the latest global data, the total case count mounted to 536,575,203 while the death toll from the virus reached 6,323,378 on Wednesday morning.

India's Covid-19 tally rose to 43,185,049 on Tuesday with 3,714 new cases registered in 24 hours across the country, showed the federal health ministry's latest data.

Besides, seven deaths from the pandemic registered across the country since Monday morning took the death toll to 524,708. 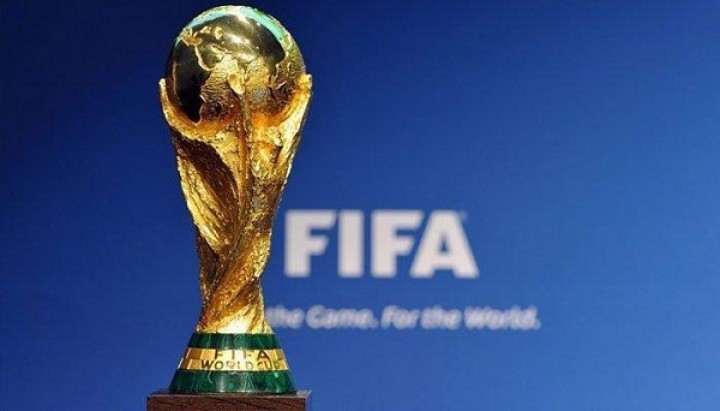 The FIFA World Cup trophy is scheduled to arrive in Dhaka on Wednesday giving Bangladeshi fans the chance to experience football's most coveted prize.

A chartered flight, carrying the original FIFA World Cup trophy is expected to land at Hazrat Shahjalal International Airport at around 10:45 am.

The trophy will tour Bangladesh from June 8-11.

The trophy tour would be accompanied by a seven-member FIFA delegation, including French 1998 World Cup winner Christian Karembeu. Officials of Coca-Cola and Bangladesh Football Federation (BFF), led by the BFF president Kazi Mohammad Salahuddin, will receive the trophy from the airport.

During the tour of Bangladesh, the trophy will be taken to the President's residence, the Bangabhaban at 4:00 pm, and the residence of the Prime Minister, the Ganabhaban at 7:00 pm.

Today, a cultural programme will be held as the trophy will be displayed at the Army Stadium for the public. People will also have opportunities to take photos with the trophy.

The global tour of the world's most coveted trophy started on May 12 with a first-stop event in Dubai.

The showpiece event, sponsored by Coca-Cola will be held in 51 countries, including all the 32 countries of the upcoming Qatar World Cup in November-December this year.

Earlier, the trophy made its visit to Bangladesh in 2013 before FIFA World Cup 2014 in Brazil.