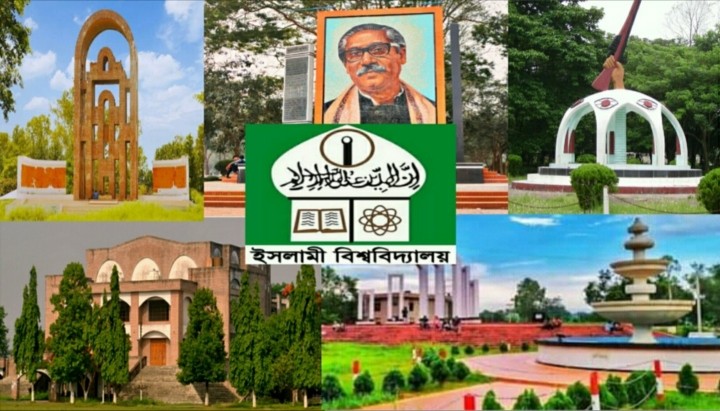 The authorities of Islamic University in Kushtia will celebrate its 43rd founding anniversary on the campus tomorrow (November 22) through day-long programmes including hoisting of national and university flags, colorful procession, discussion meeting and cultural event.

Later, the teachers, students, officials and staff of the university will bring out a colorful procession on the campus. The procession will end in front of Bangla Mancha adjacent to the university’s arts building after parading the main roads of the campus. Later, a discussion and cultural program will be held there.

Islamic University was established on November 22 of 1979 and started its academic activities in 1985 with four departments, eight teachers and 300 students at Board Bazar in Gazipur. At present, it has 36 departments under eight faculties where 403 teachers are assigned for 13,468 students.

Seminar on ‘Violence against women’ held at IU 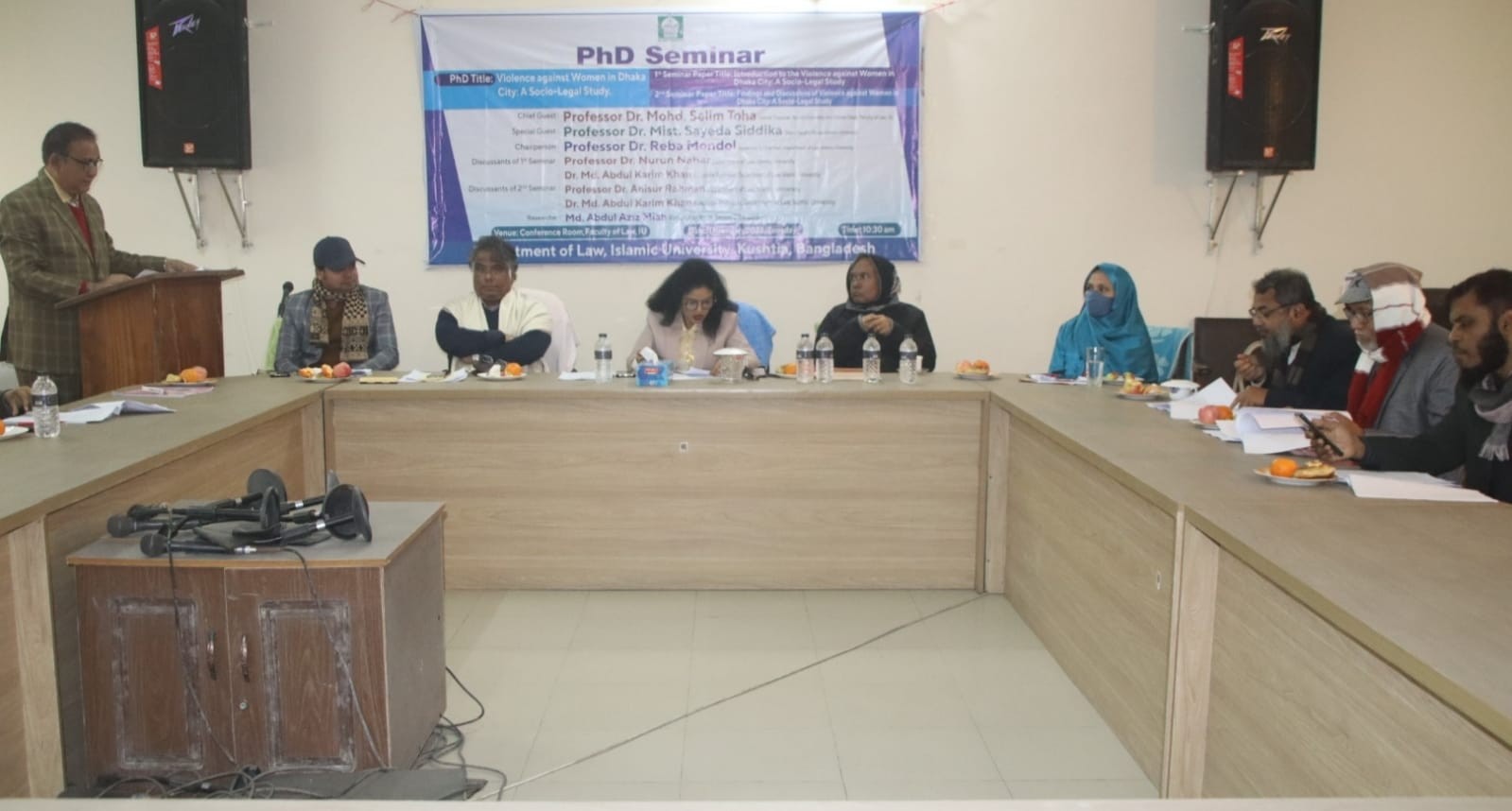 A day-long PhD seminar titled “Violence against women in Dhaka city: A socio-legal study” was held at Islamic University in Kushtia on Tuesday. IU Law department arranged the seminar at the conference room of the Law faculty around 11:30 am.

The fellow, Md Abdul Aziz Miah presented his article at the event under the supervision of Dr Reba Mondol. The researcher focused on the causes and impacts of the violence against women in Dhaka City and shed lights the ways to combat the violence.

More than 5o teachers and officials of different departments of the university attended here. 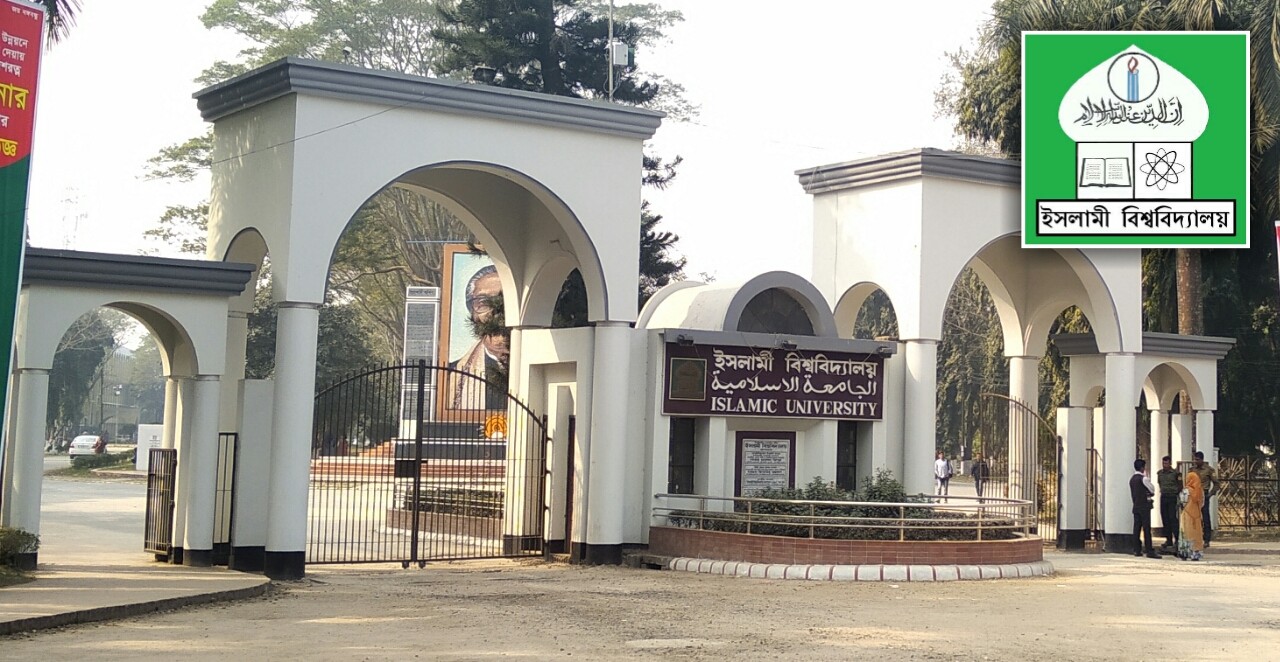 Each selected student will get Tk 54,000 as financial support for conducting research projects under the fellowship programme, IU acting registrar HM Ali Hasan said on Monday. 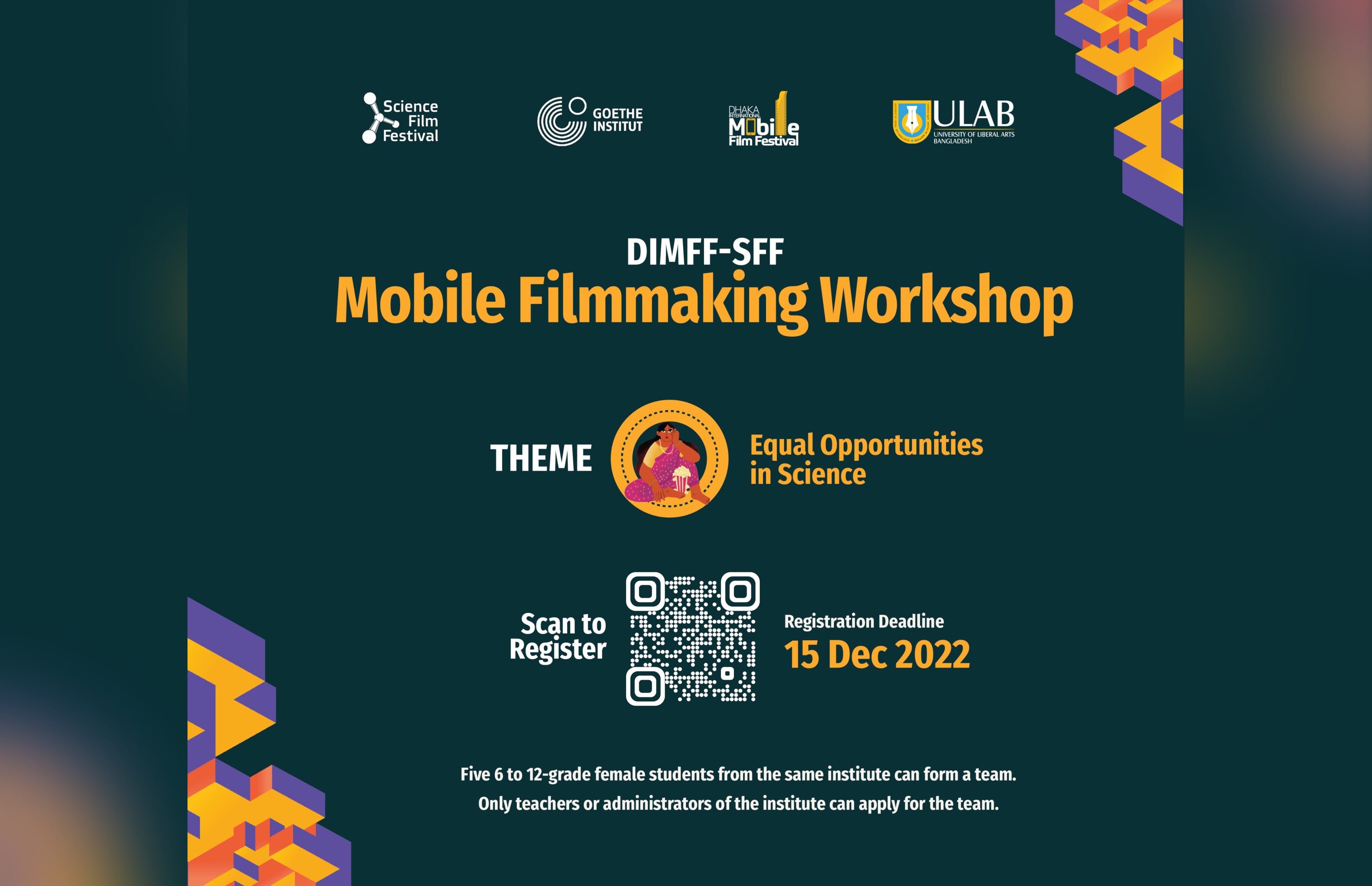 A four-day Mobile Filmmaking workshop is going to be jointly organized by the Dhaka International Film Festival (DIMFF) and the Science Film Festival starting on December 23.

The workshop is open to students in grades six through twelve from any educational institution. After hands-on training, students will make films on the theme of "Equal Rights in Science" at this girls-only event.

The workshop will be held on December 23, 24, 30, and 31 at the Permanent Campus of the University of Liberal Arts Bangladesh (ULAB) and Goethe Institute Bangladesh is the subsidiary of the workshop. Registration for this free workshop has begun and will end on December 15th. Students cannot register directly for this workshop. Only teacher representatives can register on behalf of educational institutions at the following link: (https://forms.gle/zEwvioPkKADZLNS89)

The Dhaka International Mobile Film Festival (DIMFF 2023) will take place on February 3 and 4, 2023.

Dhaka International Mobile Film Festival started its journey in 2015 with the motto "New Generation, New Technology, and New Communication." This event is to encourage filmmaking through mobile phones. 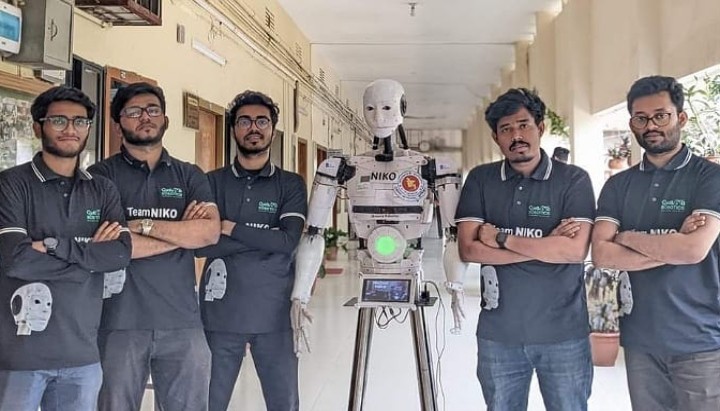 A group of young students of Comilla University (Cou) have successfully built a robot under the initiative of Cumilla District Commissioner Mohammad Kamrul Hasan and with the funding of Cumilla District Administration. In a year's effort, a humanoid robot, named 'NIKO', was created by a team of five students. Their team name is Quanta Robotics.

They taken their robot name 'NIKO' from the  Nicholas Tesla. This is their third robot. They consider it to be the latest humanoid robot in Bangladesh with 3D printed Raspberry Pi Beige artificial intelligence.

They used niko version 1.0, speed 1.5 GHz, 64 bit quad core ARM processor, 8 GB RAM, 120 GB ROM has been used to make the robot. 29 powerful servo motors are used for various body parts movement, high torque DC motors are used for movement. In addition, there is a seven-inch Raspberry Pi touch display for operation.It can be controlled without any kind of wire connection by smart voice instructions.

Quanta Robotics team leader Sanjit Mondal said, the robot can be used for any task in the workplace. It's capable of doing any work like a human. Due to the use of artificial intelligence in the robot, it can use artificial intelligence like humans and our robot is able to provide battery backup for about six and a half hours in a single charge. It can move around and can carry out various commands ; it can recognise faces of people standing in front of it, for that the identity and the picture of that person need to be given or stored in the robot's database in advance. The robot then scans the face of the person standing in front and compares the face with the data stored in its memory.

He also said, this type of robot has been invented for the first time in Bangladesh in the Fab Lab built by the Cumilla district administration. Our team Quarter Robotics previously built two other robots. Robot Niko is the third robot developed by us which is the most advanced robot in Bangladesh. Before this, Bangladesh has never built a fully 3D printed Raspberry Pi based robot.

Deputy Commissioner Mohammad Kamrul Hasan said, today we officially inaugurated Robot NIKO. A group of talented young students worked to make the robot. We have only provided financial support to built the robot. It can speak and he can introduce himself. The robot can also move in 180 degrees. He can also answer various questions. We hope that the robot will play a leading role in building a digital Bangladesh.

CoU Vice-Chancellor Prof. Dr. A. F. M. Abdul Moyeen has expressed his excitement at the success of the students. He said, I think this is a great milestone. Through this the students of Comilla University have proved their mettle and made the university proud. These achievements will undoubtedly act as an incentive for many talented students. They will be encouraged to come to Comilla University to be a part of new learning projects.

He also said, I want everyone associated with Team Quanta and my other students to continue this kind of work. We welcome any opportunity to engage our students in practice-based authentic learning.

Only 35 percent students admitted at CoU via first merit list 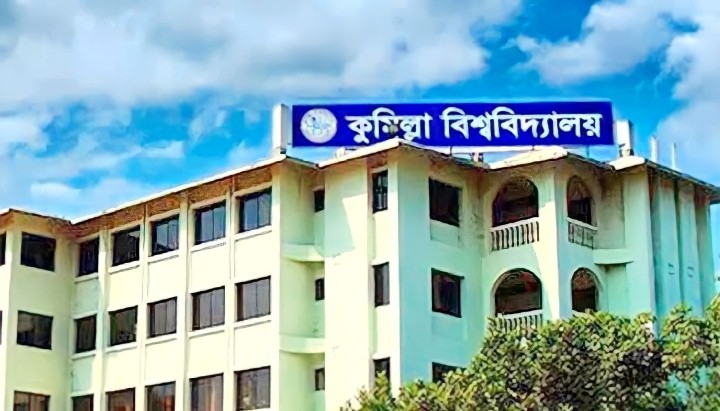