Bengali actress Aindrila Sharma passes away at the age of 24

24-year-old actress Aindrila Sharma passed away on Sunday (20 November). The actress suffered multiple cardiac arrests earlier last night and she was given CPR. Although the critical condition was managed, the actress breathed her last at 12.59pm, according to the hospital sources. Later, she suffered yet another massive heart attack. But this time, she didn’t respond to the CPR support. The actress was kept on ventilator support at a private hospital in Howrah but her condition and was in a critical support.

She was a cancer survivor who defeated the disease twice. She was recently declared cancer-free by the doctors and made her acting comeback too.

The actress was hospitalised on November 1 after suffering a massive brain stroke. Aindrila was shifted to OT immediately and underwent left frontotemporoparietal decompressive craniotomy with evacuation of acute subdural bleed.

Aindrila is a familiar face to Bengali audience. After stepping into showbiz with TV show ‘Jhumur’, she did a number of popular daily soaps including ‘Jiyon Kathi’, ‘Jibon Jyoti’ and others. She forayed into digital medium too and did web series ‘Bhagar’ recently which also starred beau Sabyasachi. Following that her condition was critical. Tollywood and numerous fans across the state have been continuously praying for actress Aindrila Sharma’s recovery. Prayers started pouring in for the 24-year-old actress who had put a tough fight in the hospital against all odds. In a condolence message, the prime minister said the talented actor will be remembered for his work.

She prayed for the eternal salvation of the departed soul and expressed sympathy to the bereaved family.

Masum Aziz died on Monday afternoon at a private hospital in the capital where he was under treatment for heart-related ailment.

He was admitted to the hospital with cardiac problem on October 3 and was put on life support as his condition deteriorated on Thursday morning.

His body will be taken to the Central Shaheed Minar on Tuesday morning for the public to pay tributes.

His body will later be taken to his ancestral home in Pabna where he will be buried at his family graveyard.

The actor was awarded the country's second highest civilian award, the Ekushey Padak, this year for his remarkable contribution in acting. - UNB 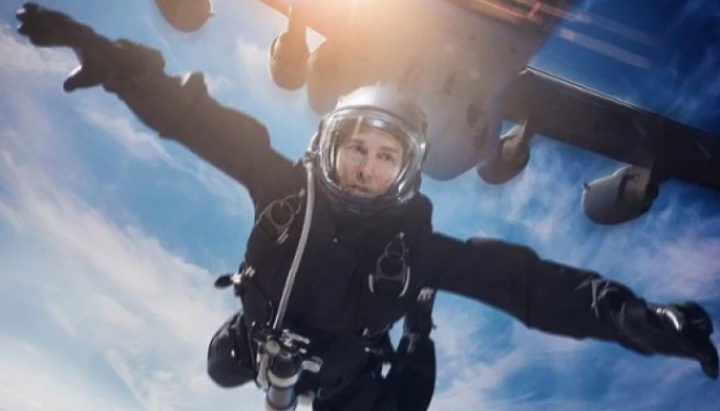 Actor Tom Cruise, who is renowned for pulling off high-octane stunts in his projects, is taking things to the next level and may soon become the first actor to shoot in space. The Top Gun actor has reportedly partnered with director Doug Liman on a project that calls for him to perform a spacewalk. The Hollywood actor and director have reportedly approached the Universal Filmed Entertainment Group (UFEG) with a proposal for Tom to launch himself up to the International Space Station.

Conversations about Cruise’s desire to film in space were put on hold during the COVID pandemic, but have recently resurfaced. Dame Donna Langley, chairwoman of Universal Studios, confirmed to the BBC that sending Mr Cruise to space is one of the studio’s missions. She revealed the project’s details, saying that Mr Cruise and Mr Liman, who previously collaborated with the actor on the Edge of Tomorrow, pitched the film during the pandemic. Ms Langley reveals that the movie takes place on Earth, and then the character must travel to space to save the day.

Ms Langley went on to say that Tom Cruise is going to take the world to space with his upcoming film. She added that they are working on a fantastic project with Tom that did take into account him taking a rocket to the Space Station and shooting. The filmmaker said that she was hoping he would be the first person from the general public to do a space walk outside of the International Space Station. Langley also described Tom Cruise’s character in the movie. She said that he is a down-on-his-luck person who finds himself in a position where he is the only one who can save Earth.

The movie is currently in the conceptual stage and hasn’t started shooting yet. Tom Cruise would be the first movie celebrity to film on the International Space Station if the film is successful, as was previously announced.

Only a few weeks earlier, previously unreleased footage from Tom Cruise’s movie Top Gun: Maverick went viral and fans praised his incredible stunt work. In the video, Cruise is seen standing on the biplane while holding only a rig and speaking into the camera.

On the work front, the actor was recently seen in the much-acclaimed film Top Gun: Maverick. The movie has been garnering rave reviews from fans and viewers. The film also stars Jennifer Connelly and Miles Teller in lead roles. The actor will also be seen in Mission: Impossible - Dead Reckoning - Part One and Two.

Who will be the next James Bond? Producers mull choice as film franchise turns 60 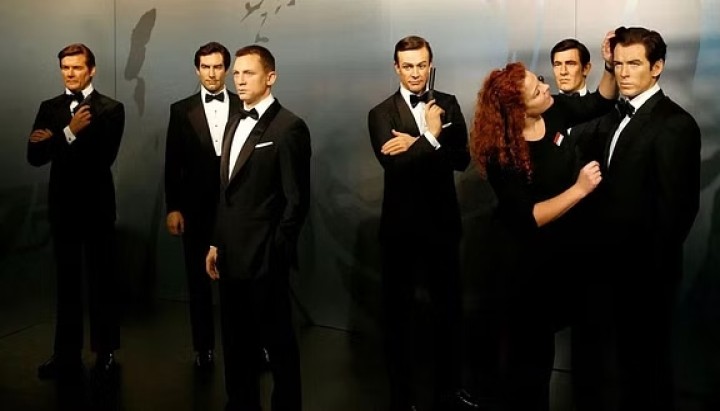 James Bond, the martini-drinking, tuxedo-wearing British secret agent, celebrates 60 years on the silver screen on Wednesday -- but who will be the next actor to take on the iconic role?

According to sibling Bond producers Barbara Broccoli and Michael G Wilson, the search for a new actor has not even begun following Daniel Craig's final outing as the suave superspy in 2021 film "No Time to Die."

"We won't actually be really looking for an actor for some time," Broccoli said in an interview ahead of the 60th anniversary of the Oct 5, 1962, world premiere of "Dr No," the first Bond film.

"What we have to do is start a whole new reinvention, which is what's exciting about being at this place now," added Broccoli.

But as fans continue to speculate about who will be cast in one of Hollywood's most sought-after roles, what characteristics are the producers looking for the in next actor to play Bond?

"We want, first of all, a good actor, an actor who is just not necessarily an action actor, but someone who can play what we hope will be the demanding roles that we write in the scripts," Wilson said.

"That's certainly, I think, number one, but it's so hard to ... I mean, if you look at the actors who portrayed Bond, it's very hard to pin down any common characteristic," he added.

Broccoli said choosing the right actor was paramount to the franchise's success.

"Thank goodness they cast Sean Connery originally because I think if it had not been him, who knows whether we'd still be here 60 years afterwards. And each one of the actors has transformed the series in a new direction, kept them fresh and relevant for the time." 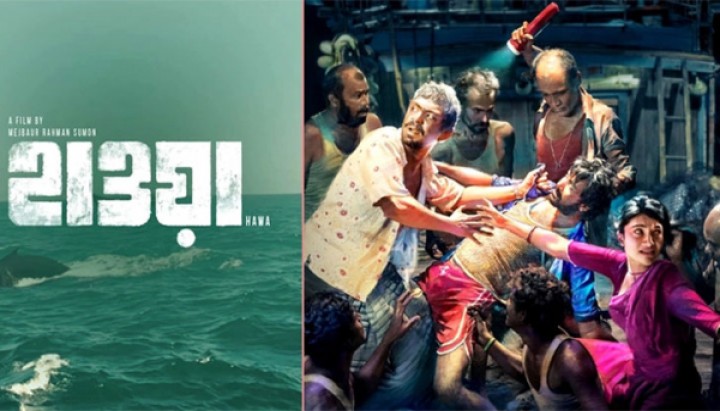 The Bangladeshi movie ‘Hawa’ has received a nomination for the ‘Best International Feature Film’ category at the 95th Oscars.

He said there were two films submitted to the jury for nominations for Oscars. but “Hawa” was selected.

He mentioned that the members of the jury board were impressed with the movie’s technical aspects.

The story of the movie ‘Hawa’ directed by Mejbaur Rahman Sumon revolves around eight sailors and a mysterious Bedeni stranded on a fishing trawler without a destination in the middle of the sea. In the mystery drama genre, the film ‘Hawa’ is basically a fairy tale of this period.

The 95th Academy Awards will be held on March 12, 2023, organized by the Academy of Motion Picture Arts and Sciences. The award will be given to 24 categories at the Dolby Theater in Los Angeles, California. Best International Feature Film is one of them. In a shocking news, Comedian Raju Srivastav breathed his last on Wednesday (21 September). Srivastav was admitted to AIIMS Delhi on August 10 after experiencing chest pain. He reportedly collapsed while working out at the gym.

Raju Srivastav, who has died aged 58, was an ace comedian and actor best known for Hindi films such as Maine Pyar Kiya, Baazigar, the remake of Bombay to Goa, and Aamdani Atthani Kharcha Rupaiya. A familiar face in the entertainment industry since the 1980s, Raju Srivastav catapulted to fame after participating in the first season of the reality stand-up comedy show The Great Indian Laughter Challenge in 2005.

The comedian was admitted to Delhi’s AIIMS hospital on August 10 after suffering a cardiac arrest. He had collapsed while running on the treadmill in a gym in South Delhi. He was rushed to the hospital by his trainer and was given CPR followed by angioplasty.

Raju Srivastav, often credited as Gajodhar, was born on December 25, 1963, in Uttar Pradesh’s Kanpur in a middle-class family. His father, Ramesh Chandra Srivastava, was a poet and he was popularly known as Balai Kaka. Raju Srivastav was a good mimic since childhood and he always knew that he would become a comedian.

Raju Srivastav began his career by doing small roles in Hindi films. He also participated in Bigg Boss (Hindi season 3) where he stayed in the house for more than two months. He later participated in the comedy show Comedy Ka Maha Muqabala. In 2013, the comedian along with his wife participated in Nach Baliye season 6. He has also appeared on Comedy Nights with Kapil.