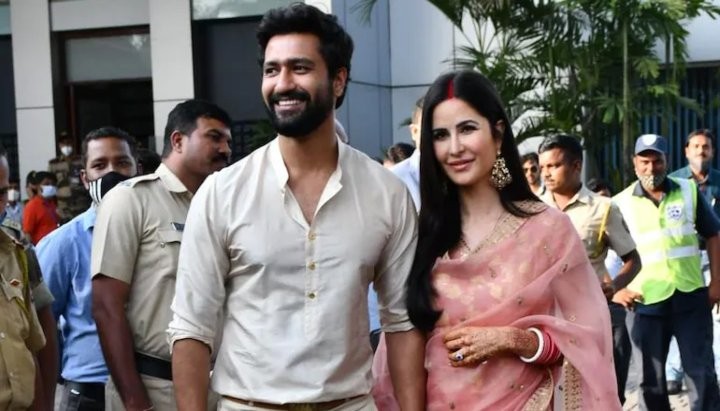 Bollywood stars Vicky Kaushal and Katrina Kaif on Tuesday made their first public appearance as husband and wife at the Mumbai airport.

The newlyweds have returned to Mumbai after enjoying a romantic honeymoon, which reports suggest was in the Maldives. The duo had jetted off to the exotic island country after tying the knot on 9 December.

While at the airport today, Vicky could be seen wearing beige trousers paired with an off-white shirt, Katrina on the other hand, dressed in a pink salwar kameez with a sheer dupatta, was seen sporting sindoor and wearing chooda. She also held her husband's hand while walking out of the airport.

Fondly referred to by fans as VicKat, the couple had gotten married in an extremely private, intimate ceremony at the luxurious Six Senses Fort Barwara in Sawai Madhopur, Rajasthan.

Over the past week, Katrina and Vicky have been treating fans with stunning pictures from their wedding. They recently flooded Instagram with glimpses of their pre-wedding photoshoot. The couple looked perfect in their matching Sabyasachi outfits.

They will reportedly throw a wedding reception party for the film fraternity in the upcoming days and will resume work after concluding all wedding festivities. 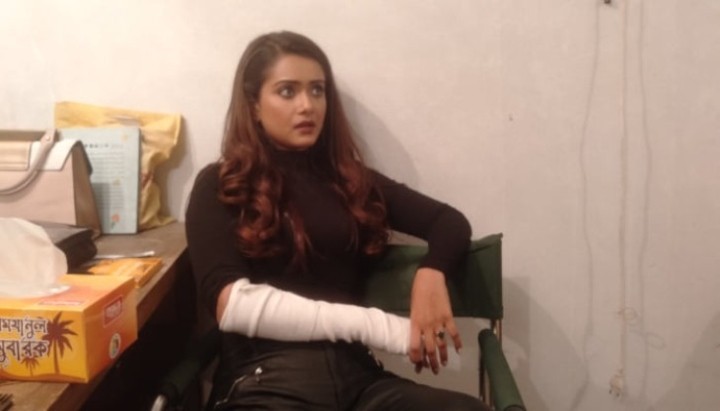 Popular small screen actress Tanjin Tisha was the victim of an accident while shooting a TVC. She received a serious hand injury.

The accident occurred on Sunday (May 15) evening while shooting a mobile phone advertisement at a resort in Birulia near the capital.

Tisha said, we have been shooting smoothly since afternoon. But around the evening, while doing the fighting scene, I got a serious injury on my right hand. The whole hand is swollen, I can't move. I am currently resting at home.

It is learned that cricketer Taskin Ahmed is co-starring in the advertisement directed by Aga Nahyan. There are three more days of shooting left for this shoot. Bengali actress Pallavi Dey was found dead at her flat in the Garfa area of Kolkata. Her body was recovered from her house on Sunday morning.

“After preliminary investigation, it seems to be a case of suicide”, said the police. Pallavi’s body was found hanging from a ceiling fan. The body has been sent for the post-mortem.

The Bengal Police have started an investigation by filing a case of unnatural death.

The Bengali TV actress was known for playing the lead role in ‘Mon Mane Na’ as Gauri. She has also worked in several other shows including Resham Japi, Saraswati Prem and Ami Sirajer Begum. 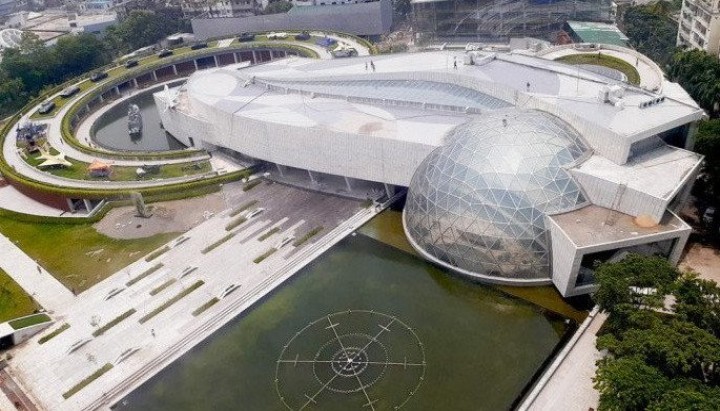 This is going to be the fifth branch of star Cineplex in Dhaka. The new branch will screen movies with a single screen with capacity of 183 seats, said Mesbah Uddin Ahmed, senior manager at Star Cineplex.

The popular cinema hall franchise is also preparing to open several other multiplexes outside Dhaka – namely, Chattogram, Cumilla and Bogura.

Latest domestic and Hollywood films are regularly being screened at its citywide multiplexes. 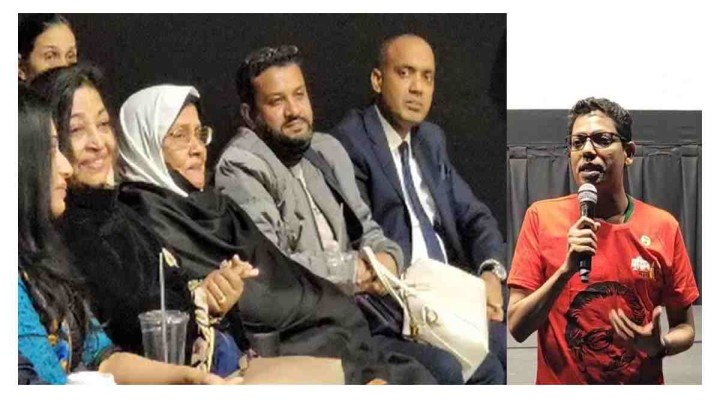 The world premiere of ‘Mujib Amar Pita’ (Sheikh Mujibur Rahman is my father) was held at Bombay Theatre Hall in Queens of New York City on Sunday (April 8).

The animated film, based on the life and works of Father of the Nation Bangabandhu Sheikh Mujibur Rahman, the architect of the nation, was screened abroad for the first time after its release in Bangladesh.

Information and Communication Technology (ICT) Division made the animation film to spread the heroic and successful story of Bangabandhu to the new generation across the globe.

Liberation War Affairs Minister AKM Mozammel Haque was present at the programme as the chief guest while state minister for ICT Zunaid Ahmed Palak was present as the special guest.

Sohel Mohammad Rana directed the film which will later be screened in various cities in the United States, said the ICT Division.

Ranbir, Alia spotted together for first time after wedding 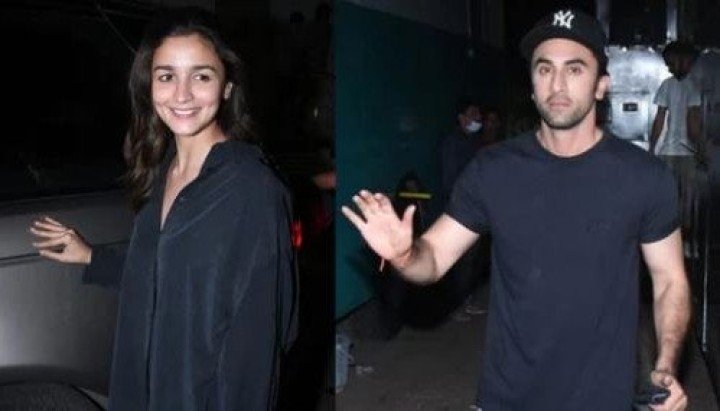 Ranbir Kapoor and Alia Bhatt were spotted together for the first time after their intimate wedding at Ranbir's home last month.

Both were twinning in black casuals and greeted the paparazzi before as they were leaving in a car after shooting for a project together.

They are looking forward to the release of their film Brahmastra this year.

Ranbir was in a black tee and printed black pyjamas, along with a black cap and white shoes. He showed the thumbs-up sign to the photographers as they called him by his name, waved to them and even blew a kiss before getting into his car.

Alia, who was in a black shirt and pants, also waved to the paparazzi before joining him in the car.

Fans of the two were happy to see them together for the first time after their wedding. A fan wrote in the comments section, "Alia ji ke hubby." Some fans also made funny enquiries about the highly-guarded wedding. A fan asked, "Are Ranbir shaadi party mein Dahi Chawal tha ki nahin Alia ko bahut pasand hain (Was curd rice served at the wedding since it's Alia's favourite)?" Another asked, "Rakhi sawant ko shaadi me jutey chipane ke 1 crore rupees milgaye kya (Did Rakhi Sawant get ₹1 crore for shoe-hiding ceremony)?" A fan even asked if they could "carpool" so as to join them in the car.

Alia had shared the first official photos of the ceremony on her Instagram page. Sharing intimate details of the wedding, she wrote, "Today, surrounded by our family and friends, at home … in our favourite spot - the balcony we've spent the last 5 years of our relationship - we got married. With so much already behind us, we can't wait to build more memories together … memories that are full of love, laughter, comfortable silences, movie nights, silly fights, wine delights and Chinese bites." She thanked everyone for their love.

Besides Brahmastra, Ranbir has Shamshera, Animal and an untitled Luv Ranjan film in pipeline. Alia has Rocky Aur Rani Ki Prem Kahani, her Hollywood debut film and Jee Le Zaraa in her kitty. She also has Darlings.