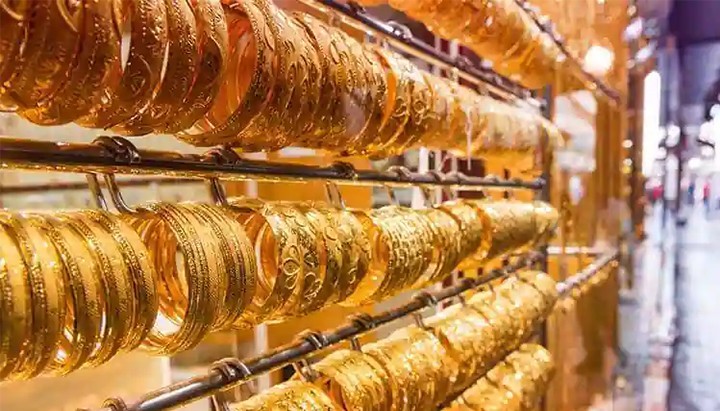 The news of Indian company Malabar Gold & Diamond's doing business in Bangladesh has raised concerns among those involved in Bangladesh's gold industry. Panic has spread, especially among goldsmiths and factory owners. They think that if Indian company Malabar brings readymade Jewellery to Bangladesh, it will lose millions of goldsmiths involved in this industry. All the hundreds of years old jewelry factories will be closed. At the same time, the possibility of exporting Bangladeshi Jewellery in the global market will be ruined.

It is learned that Malabar Gold and Diamond announced to do business in Bangladesh at the 3rd Bangladesh Economic Forum held in the second week of this month. Although the company has its main business office in Dubai, the Indian company said it will bring gold Jewellery worth 100 million to Bangladesh in the next three to five years. Amir CMC, Director of Finance and Administration, Malabar Gold and Diamonds, made the announcement at a forum held at the Movenpick Grand Hotel in Dubai.

Dinesh Chandra Pal, general secretary of Dhaka Goldsmiths Workers' Union, said that an unscrupulous group was involved in smuggling foreign readymade Jewellery into the country. They want foreign readymade jewelers to come and do business in Bangladesh. This cycle seeks to destroy Bangladesh's potential gold industry in the international market. Now they are conspiring to bring Indian company Malabar to Bangladesh. He also said that at present, due to the arrival of readymade Jewellery from abroad, the local artisans do not get jobs. For this, goldsmiths are moving to other professions.

Dinesh Chandra Pal said, "We have sent letters to different ministries of the government at different times to stop the import of readymade Jewellery." We have repeatedly requested the government to give the opportunity to the country's gold industry to become the main export product after garments. But there is no response from the government in this regard. But there is a huge demand for jewelry made by our artisans abroad. The finishing and beauty of the handicrafts made by the artisans here is unmatched anywhere else in the world.

Calling the attention of the Prime Minister, Shankar Basak, senior co-president of the Dhaka Goldsmiths Workers' Union, said that foreign companies should also stop importing foreign Jewellery. Otherwise the gold artists of this country will die without eating. At the same time, the country's export-oriented industrial sector will be completely destroyed.

Gangacharan Malakar, president of the Dhaka Goldsmiths Workers Union and founder president of Bajus, said Dubai is the main market for gold exports around the world. All the countries have their showroom there except Bangladesh. The success of this industry will not come till we start exporting gold Jewellery. The government's export income will not increase. The government should not allow foreign companies to do business but should give us the opportunity to export the Jewellery we have made. We will bring more export income to the government than garments.

Mentioning that there is an opportunity to export Bangladeshi Jewellery all over the world, he said, "We did take initiative in this regard more than once." But did not get any response from the government. Now the government should take the initiative taken by Bashundhara Group and make it bigger. 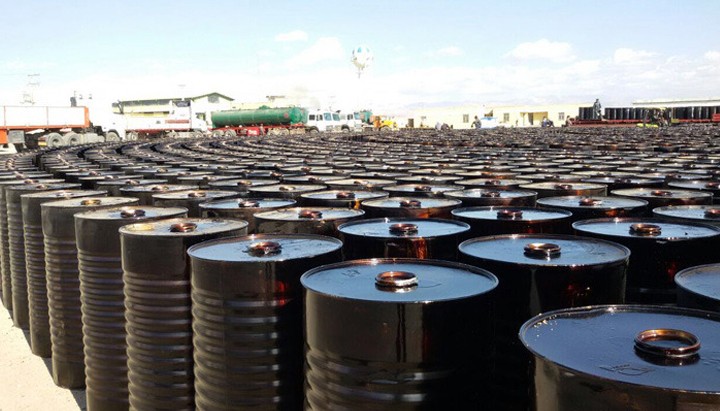 The Chattogram Customs House has started to realise VAT from the business houses which imported bitumen and got it released without paying revenue as per amended SRO. It already served notice upon three importers for realising VAT against seven released consignments. The customs realised Tk 43 lakh from an importer as against the released bitumen.
On June 28, the National Board of Revenue (NRB) issued an amended SRO providing for 15 percent VAT on the imported bitumen with effect from June 29.
As 15 percent VAT was not inducted into the computer system, the three importers took the chance and got seven consignments released without paying the revenue, sources said.
By the end of July, the evasion of VAT came to the notice of the customs officials. The situation prompted the Chattogram Customs House to contact NBR to induct the VAT issue into the computer system.
Roksana Khatun, deputy commissioner of Chattogram customs house, said “The 15 VAT was not inducted into ASYCUDA World system of the NBR due to technical glitch.  Seven consignments were released as per previous rules.  When the issue came to notice, we served notice upon the importers. In response, an importer paid Tk 43 lakh in VAT. Two other importers will make payment upon receipt of the notices. There is no scope for the VAT to be unrealised.”
The three importers in question are Kamal and Brothers, Dhaka Concrete and Dean and Company. 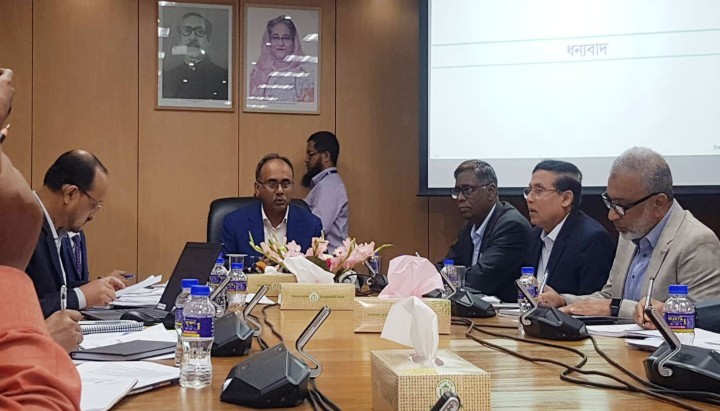 Bangladesh Bank has marked 10 banks as weak banks. This list has been made by considering the level of classified loans, capital adequacy, loan-deposit ratio and the amount of provisioning or security.

This was stated by Governor Abdur Rauf Talukder in ‘Meet the press’ organized at the Jahangir Alam conference room of the Central Bank on Thursday (August 4). However, he did not mention the names of the banks.

The report of the central bank in Meet the Press said that the master circular regarding debt rescheduling and restructuring has been issued to ensure transparency and accountability regarding the implementation of bank decisions in debt management. According to the conditions mentioned in this circular, the banks will be able to decide on the above matters themselves, which was done earlier in a very opaque and uneven manner.

In order to identify relatively weak banks, four variables such as level of classified loans, capital adequacy, loan-deposit ratio and amount of provisioning have been taken into consideration. Based on this, 10 weak banks have been identified.

Bangladesh Bank is starting discussion process on one-to-one basis with the identified weak banks to solve their problems. In this case, the banks will give a three-year business plan, the progress of which will be monitored by a senior official of Bangladesh Bank.

The governor said, I do not want to name the weak banks. However, the name has already appeared in the newspaper. Our aim is to make banks financially stronger through development. 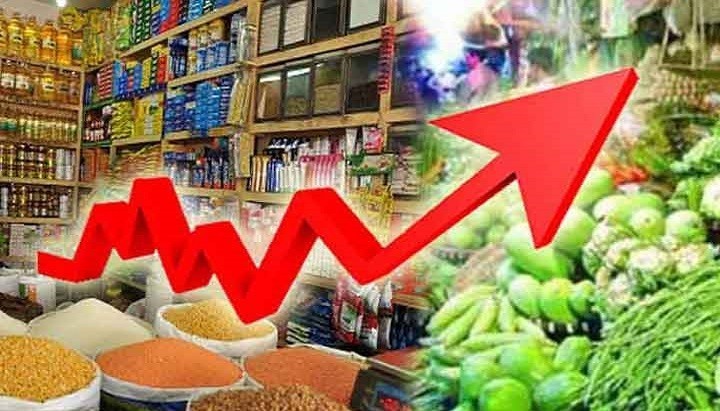 Inflation eased in July compared to June. What was 7.56 percent in June has decreased to 7.48 percent in July.

Planning Minister MA Mannan gave this information in a press conference at the Planning Commission on Wednesday (03 August).

Bangladesh Bureau of Statistics mainly calculates inflation for 422 products. In this case, food price inflation was 8.93 percent in June, it has decreased to 8.79 percent in July.

In this regard, the Planning Minister said that inflation has come down due to the reduction in prices of rice, oil and wheat. Shipments of wheat are also coming from Russia. 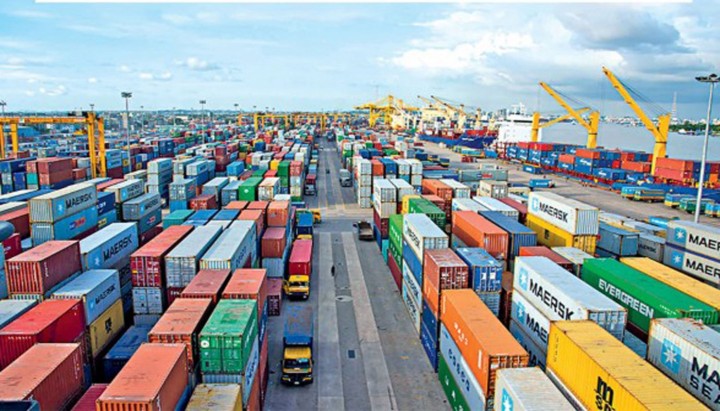 This information was found in a report published by Bangladesh Bank on Monday (August 1) on the balance of foreign transactions (balance of payments) for the financial year 2021-22.

Bangladesh has a big deficit in current account balance. Deficit (negative) for the outgoing fiscal year stood at $18.69 billion. In the previous fiscal year 2020-21, the deficit was $4.57 billion during the same period.

In addition, the deficit amount in the overall transaction (overall balance) of the financial year 2021-22 has stood at 5.38 million dollars. However, in the same time of the fiscal year 2020-21, this index had a surplus of 9.27 billion dollars.

According to the report, remittances equal to 21.03 billion dollars came to the country in the outgoing financial year. This is 15 percent less than the same period of the previous fiscal year.

According to the report, the export income in the last financial year was 49.24 billion dollars. Export income has increased by 33.45 percent compared to the previous financial year. At the same time, the import expenditure was 82.49 billion dollars. Imports increased by 35.95 percent. Trade deficit also widened as imports grew faster than exports. 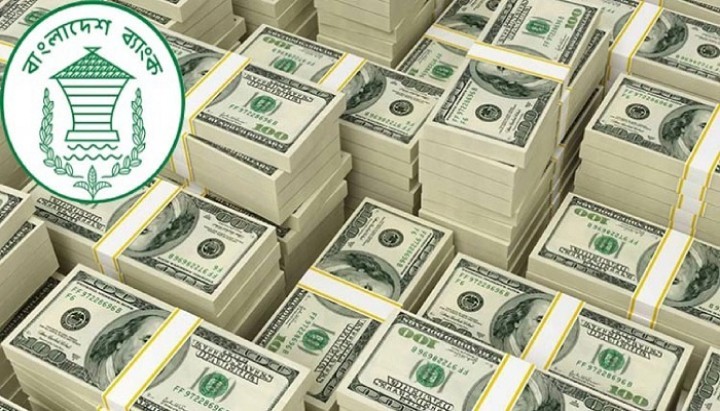 The remittance flow of the country has returned again. This flow increased due to remittances sent by expatriates during the month of Eid. In the first 21 days of this July, 164 crore 28 million USD of remittances have arrived in the country. As per the current exchange rate of the local currency (Tk 95 per dollar), this amount is Tk 15 thousand 606 crore. An average of 743 crores per day.

This information has been revealed in the latest report of Bangladesh Bank on remittances.

Remittances of 183 crore 72 million dollars came in June. This figure is 48 million dollars less than the previous month. In May this year, remittance of 188 crore 53 lakh came in the country.

Meanwhile, due to the dollar crisis in the country, the value of money is decreasing. In the interbank currency market, the central bank is now selling dollars to commercial banks at the rate of 94 taka 45 paisa. Means that Bangladesh Bank is selling dollars to the banks at this rate to meet the government import bill.

Earlier, this rate was 86 taka 45 paisa in early May this year. According to this, the value of taka has decreased by 8 in two months.

However, it has been found out in various banks and curb markets, now banks are charging 96 to 98 taka for import bills, selling cash dollars for 99 to 100 taka. And dollars are being sold at Tk 102 to Tk 104 in the open market or curb market outside the bank.